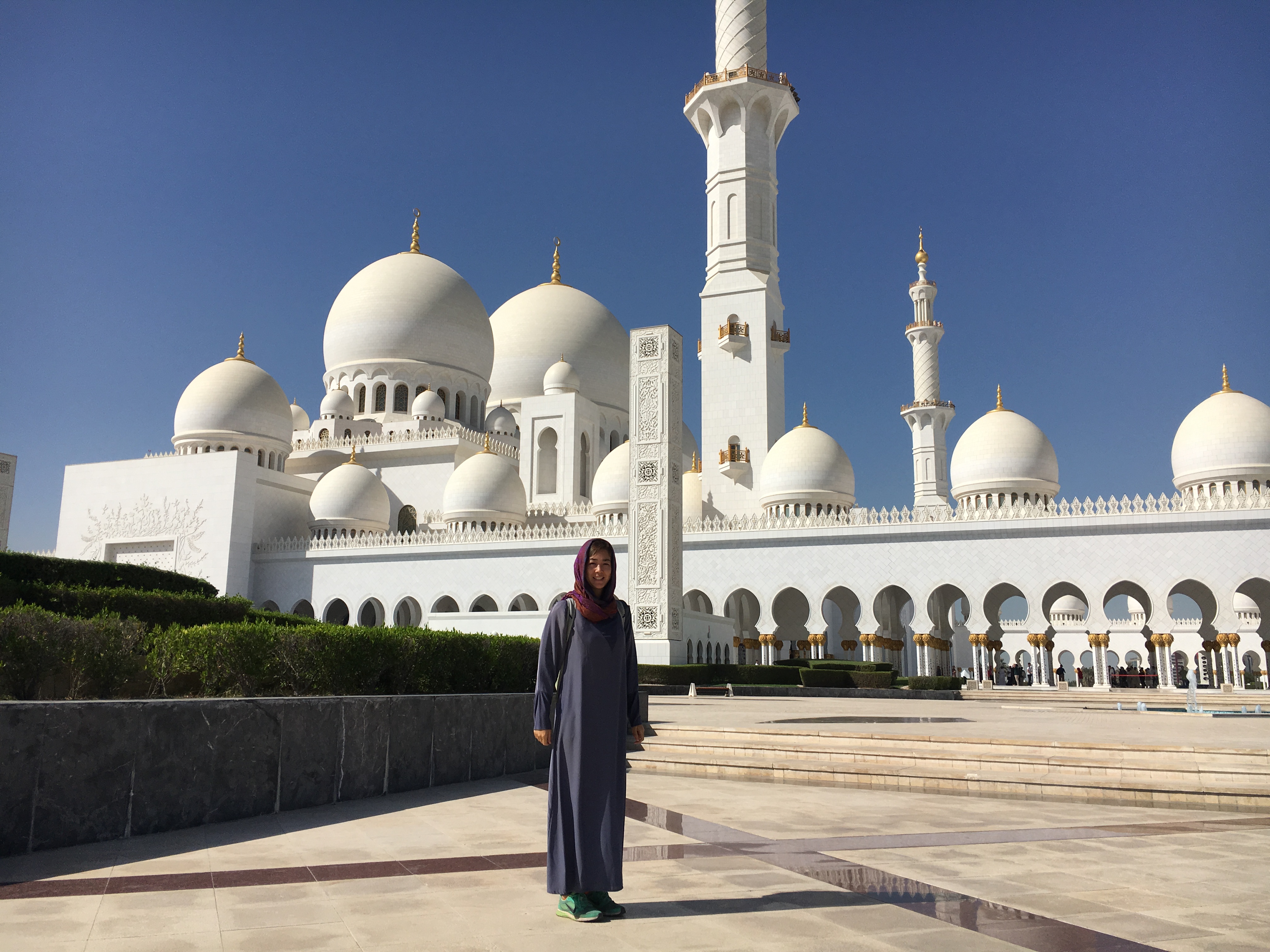 Thousands of travelers transit through Dubai airport every day during long-haul international flights. Most spend only a few hours in the airport before they’re on their way again. If you have time however, I highly recommend spending more time in the UAE. Extend your layover and spent at least 24 hours in Dubai, then day-trip from Dubai to Abu Dhabi’s grand mosque. 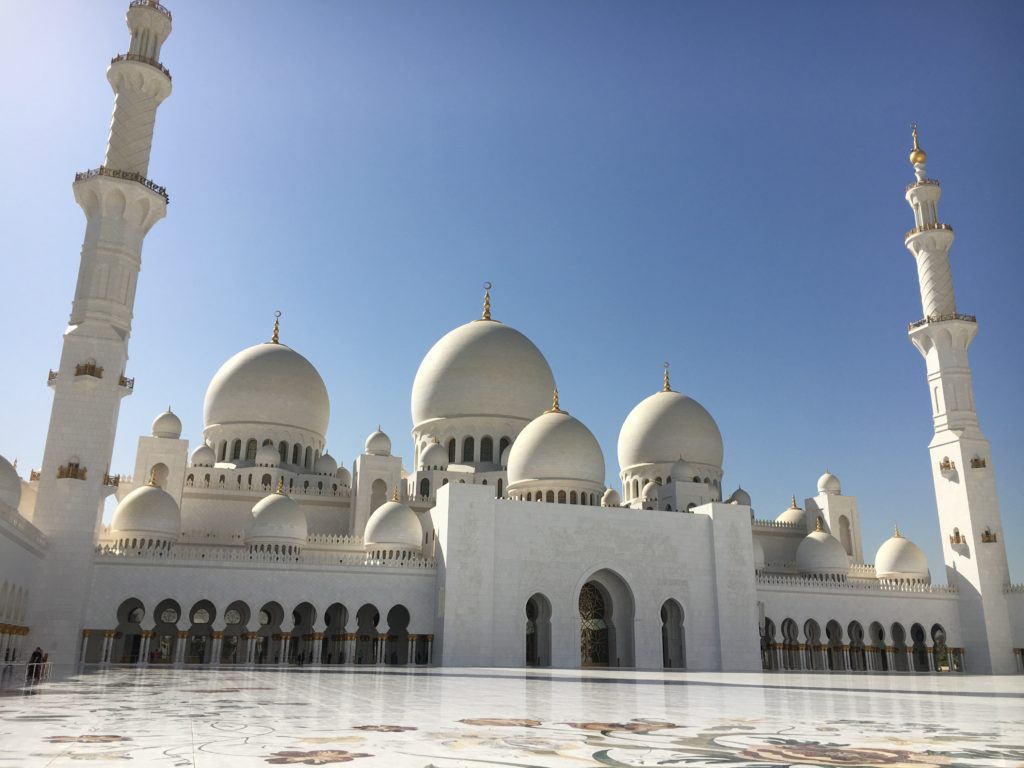 Abu Dhabi is a neighboring city to Dubai, with less sky scrapers but home to the UAE royal family palace. The most impressive structure in Abu Dhabi is undoubtedly the Sheik Zayed Grand Mosque, which should not be missed during a trip to Dubai. Here’s how to get from Dubai to the Abu Dhabi Grand Mosque by bus.

If you prefer not to DIY the trip from Dubai to Abu Dhabi, you could take a half-day tour with a professional guide too. 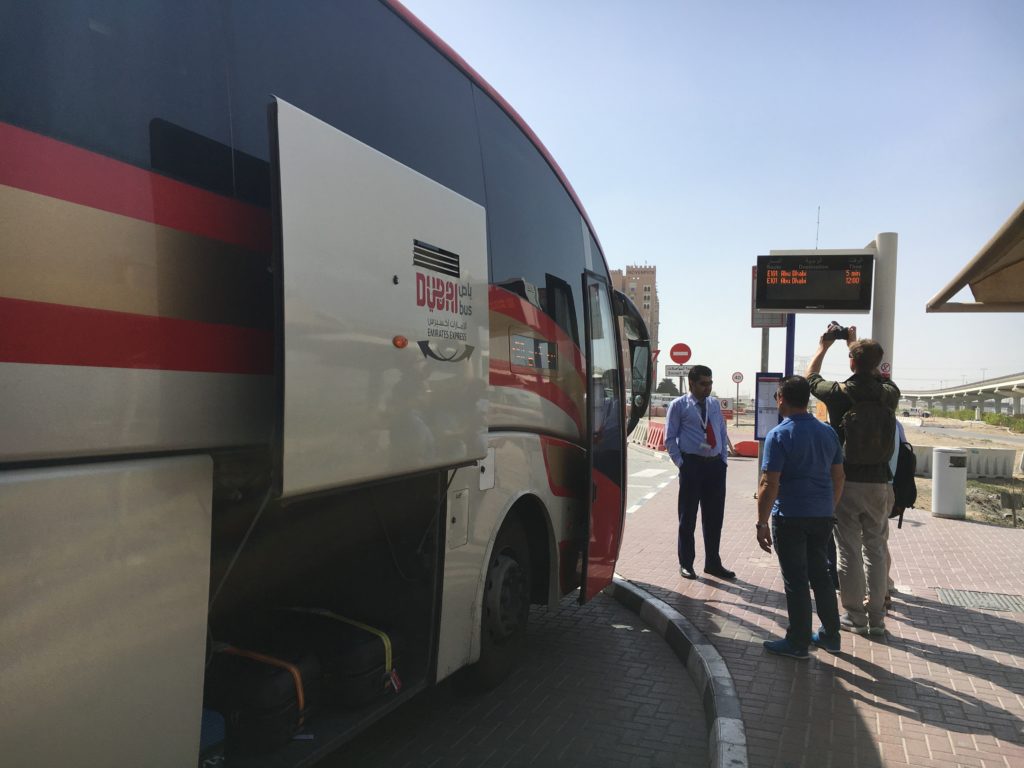 How to get from Dubai to the Abu Dhabi Grand Mosque

In Dubai, head to the Ibn Batutta metro and bus station in the south of the city.

If you are taking public transit around Dubai, take the Red Metro line to Jabal Ali Metro Station, then transfer to the Branch line which stops at Ibn Battuta metro station.

When I traveled from Internet City station to Ibn Battuta station, it cost 3 Dirhams ($0.82 USD) using the Nol public transit card. Use the Government of Dubai transit website to plan your trip.

The Bus E101 leaves from Dubai to Abu Dhabi every 20-30 minutes. The bus was much better than I expected. It had air conditioning, comfortable seats, free WiFi with a UAE SIM card account, and space under the bus to put bigger bags if you need. 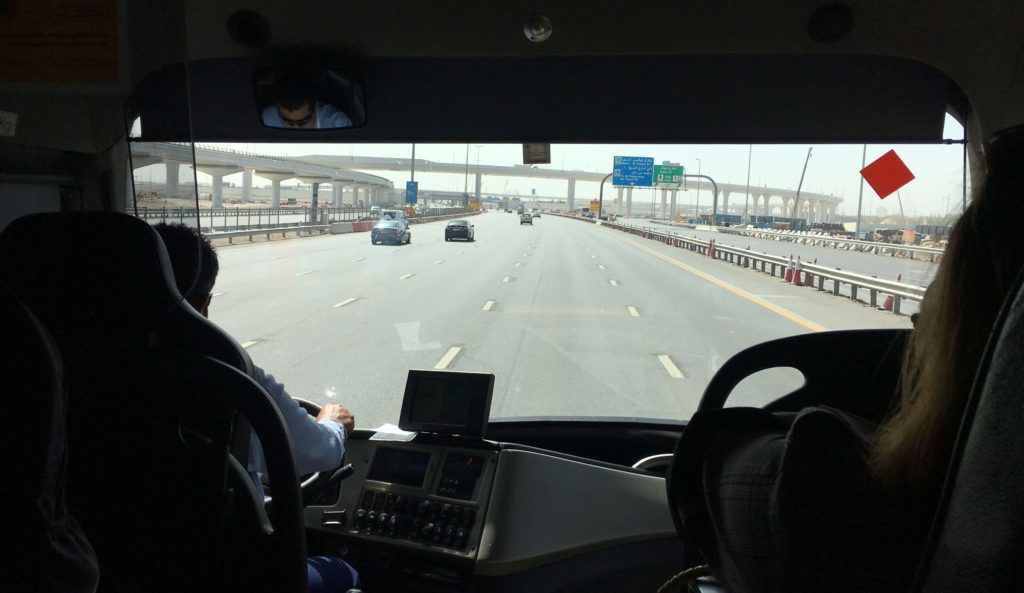 If you’re on a time constraint or have a few people to split the fare with, it may be better to pay for a taxi to get from Dubai to Abu Dhabi’s Grand Mosque. This could cost 250-300 Dirhams each way ($68-$81 USD). Alternatively, you could take a half-day private tour from Dubai to Abu Dhabi grand mosque too! 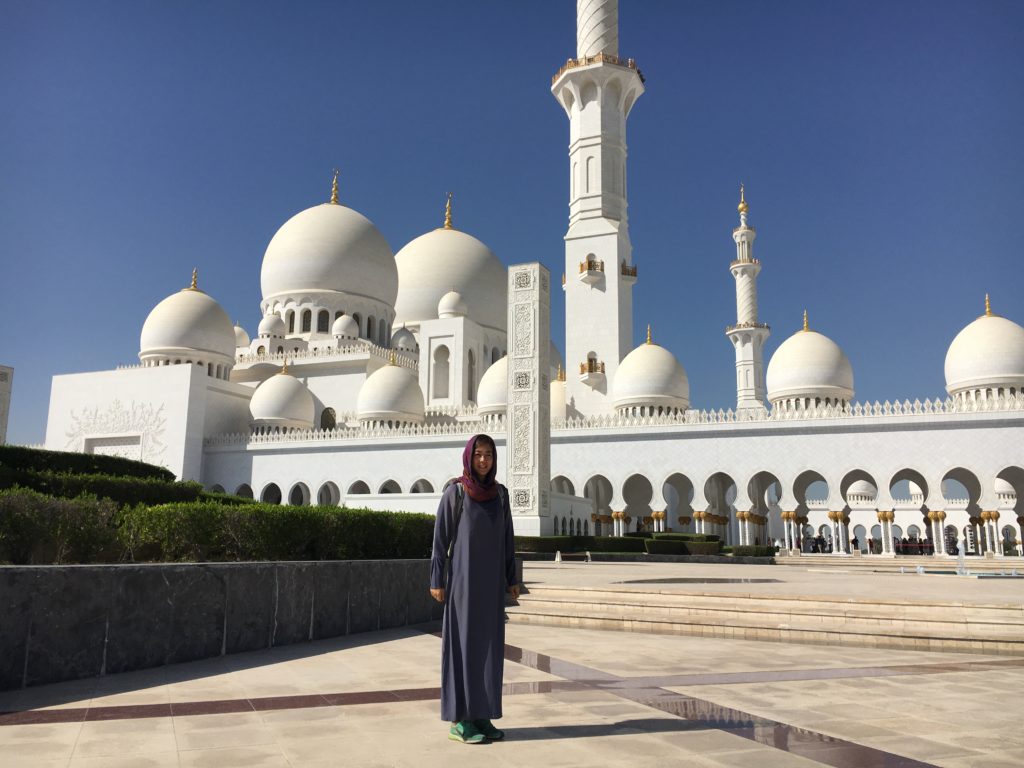 Anywhere from 35-50 Dirhams is offered by the taxi drivers to drive you one-way from the Abu Dhabi Central Bus Station to the Grand Mosque. Somewhere around 40 Dirhams is a fair price, while less is a bargain!

Lastly… Enjoy the beauty of the Sheik Zayed Grand Mosque!

Give yourself one and a half to two hours to spend at the Abu Dhabi Grand Mosque, which is free to enter. It was one of the most impressive and stunning man-made structures I’ve seen during my travels.

First you need to pass through security, which is split into men and women sections. You may need to check your bag with the security station (I only had to check my laptop). Lastly, the grand mosque has a dress code: women may need to borrow a Muslim woman’s dress that covers your ankles, arms, and head.

Although I brought my own headscarf, my skinny jeans and long-sleeved top were too skin-tight, so I was told to wear the dress as well. After this, you’re free to wander around the grounds of the Sheikh Zayed Grand Mosque. Follow the designated path (leave your shoes on the provided shelves) into the mosque itself. 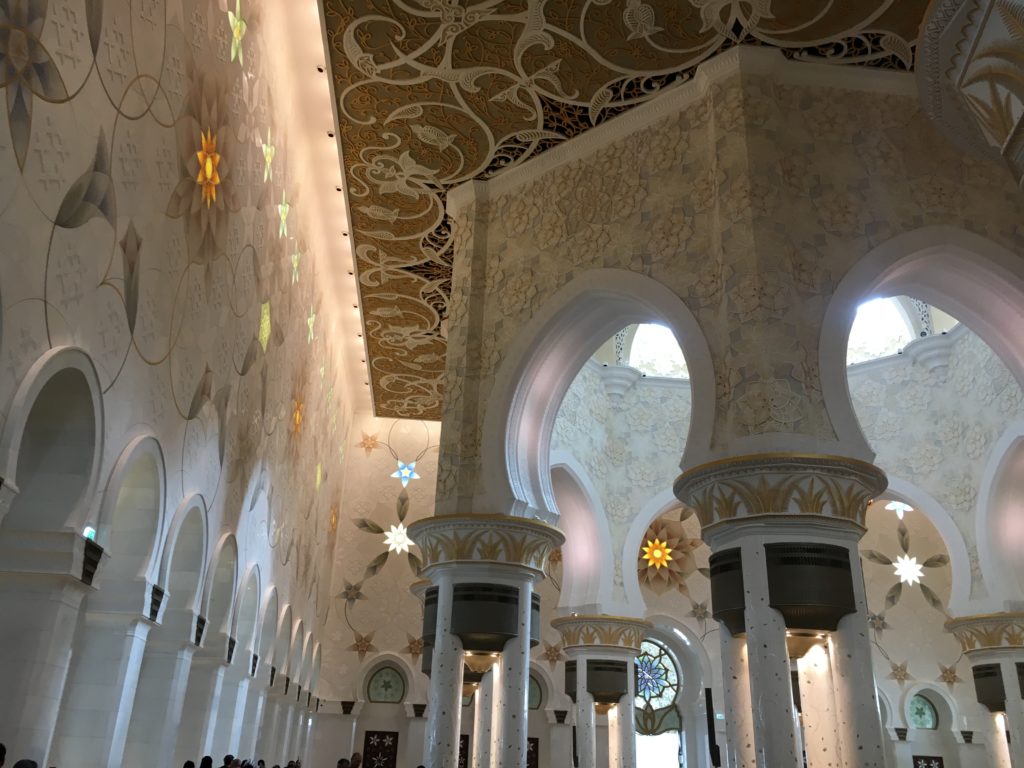 How to return to Dubai from Abu Dhabi’s Grand Mosque:

Once you’ve taken it all in, head back around the mosque to the security checkpoint and exit the complex. There are a line of taxis in the parking lot waiting to take people back to Abu Dhabi central bus station (or all the way to Dubai). It cost us 40 Dirhams ($10.90) to taxi to the Abu Dhabi bus station from the Grand Mosque.

Retrace your steps! Taxi from the Mosque to Abu Dhabi Bus Station, Bus from Abu Dhabi to Dubai 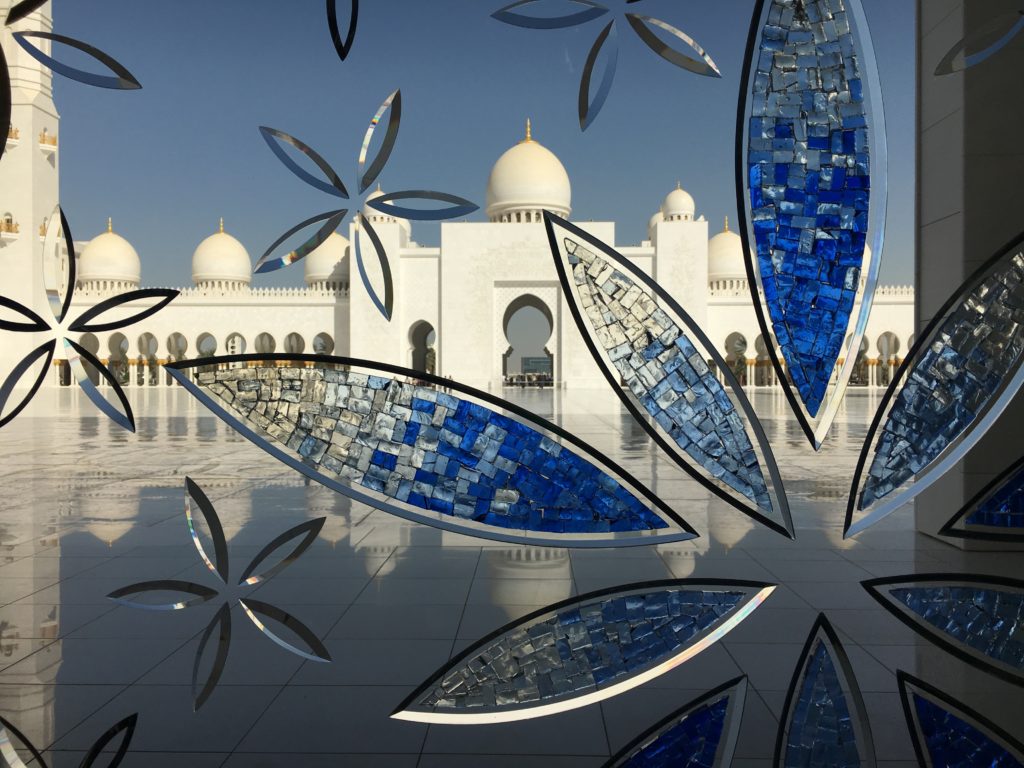 Overall the trip from Dubai to Abu Dhabi’s Grand Mosque was a 7-hour round trip by bus. We left Dubai Internet City Metro Station at 11am, and returned just after 6pm. We had a flight out on the same day at 11:30pm, which we made with time to spare. If you have an earlier flight on the same day, I would budget 8 hours to bus from Dubai to the Abu Dhabi Grand Mosque to be safe!

The Sheik Zayed Grand Mosque is almost right next to the Abu Dhabi airport. If you have a multi-hour layover, I cannot recommend enough that you visit the Abu Dhabi grand mosque. Budgeting time for security and immigration, if I had an Abu Dhabi layover of 5 hours or more, I would give it a shot.

Price of Dubai to Abu Dhabi’s Grand Mosque by Bus

If I had gone by myself and didn’t have anyone to split the taxi cost with, it would have cost me 147 Dirhams ($40 USD) to bus from Dubai to Abu Dhabi’s Sheik Zayed Grand Mosque.

Find a place to stay in Dubai here! 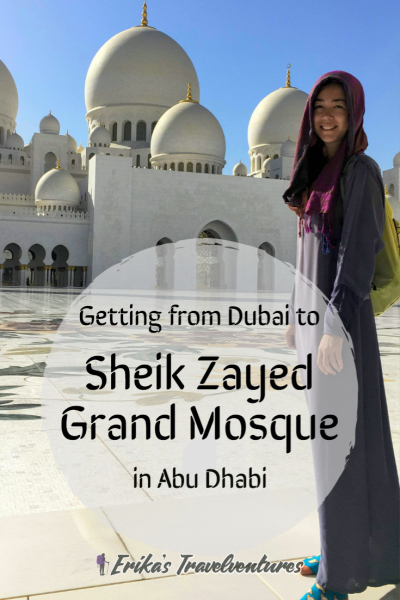 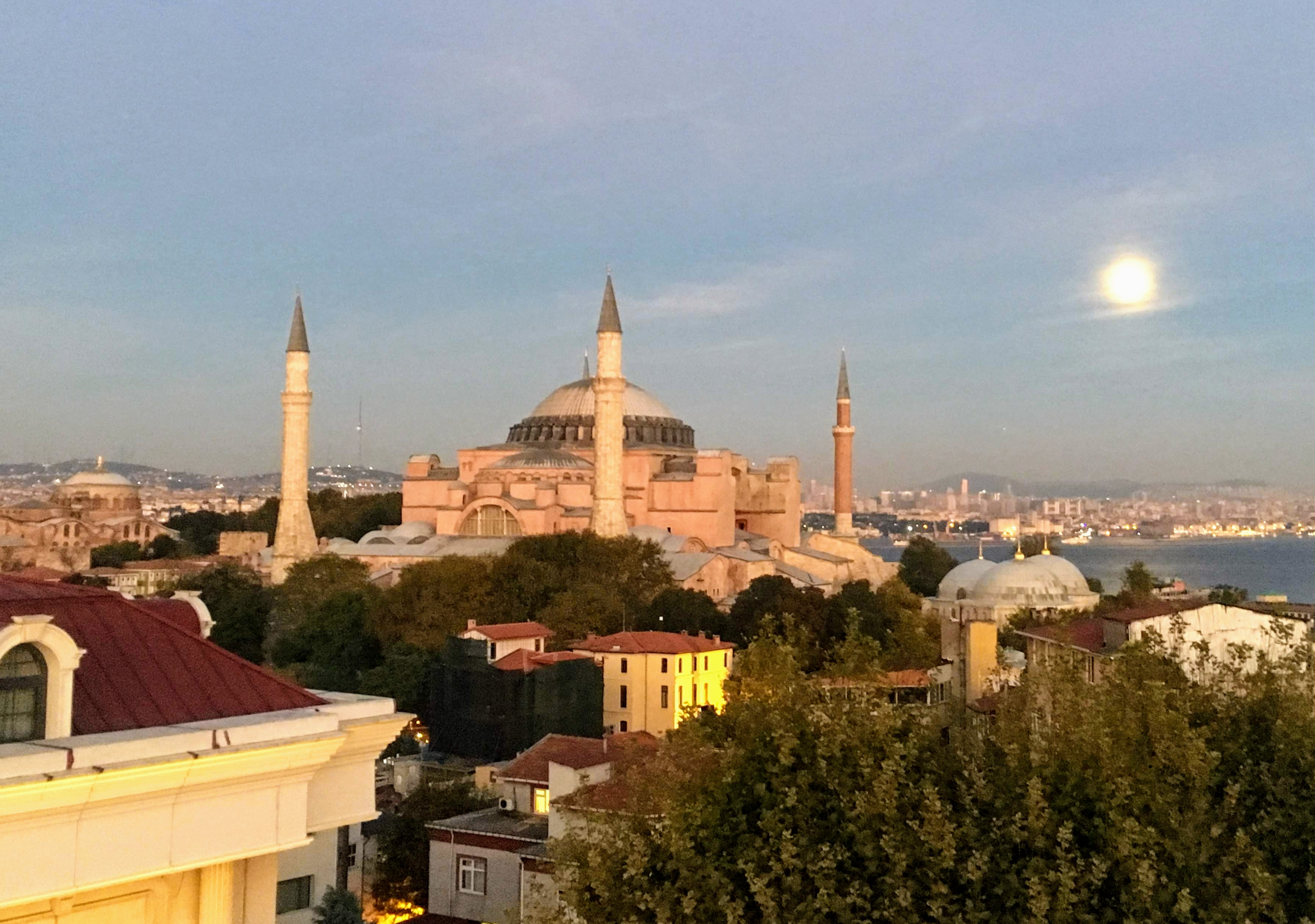 Overland Crossing from Bulgaria to Turkey – What to Expect 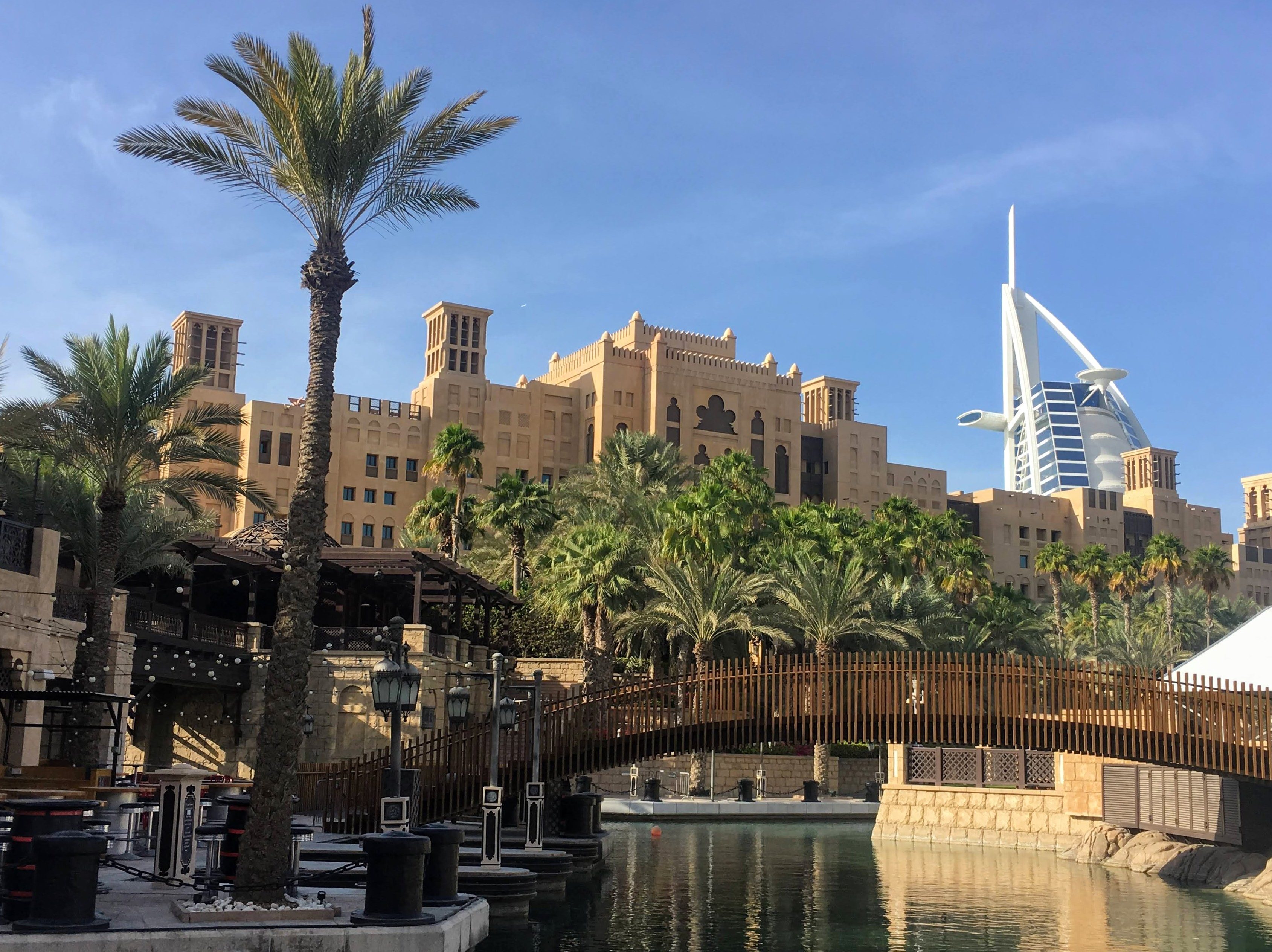 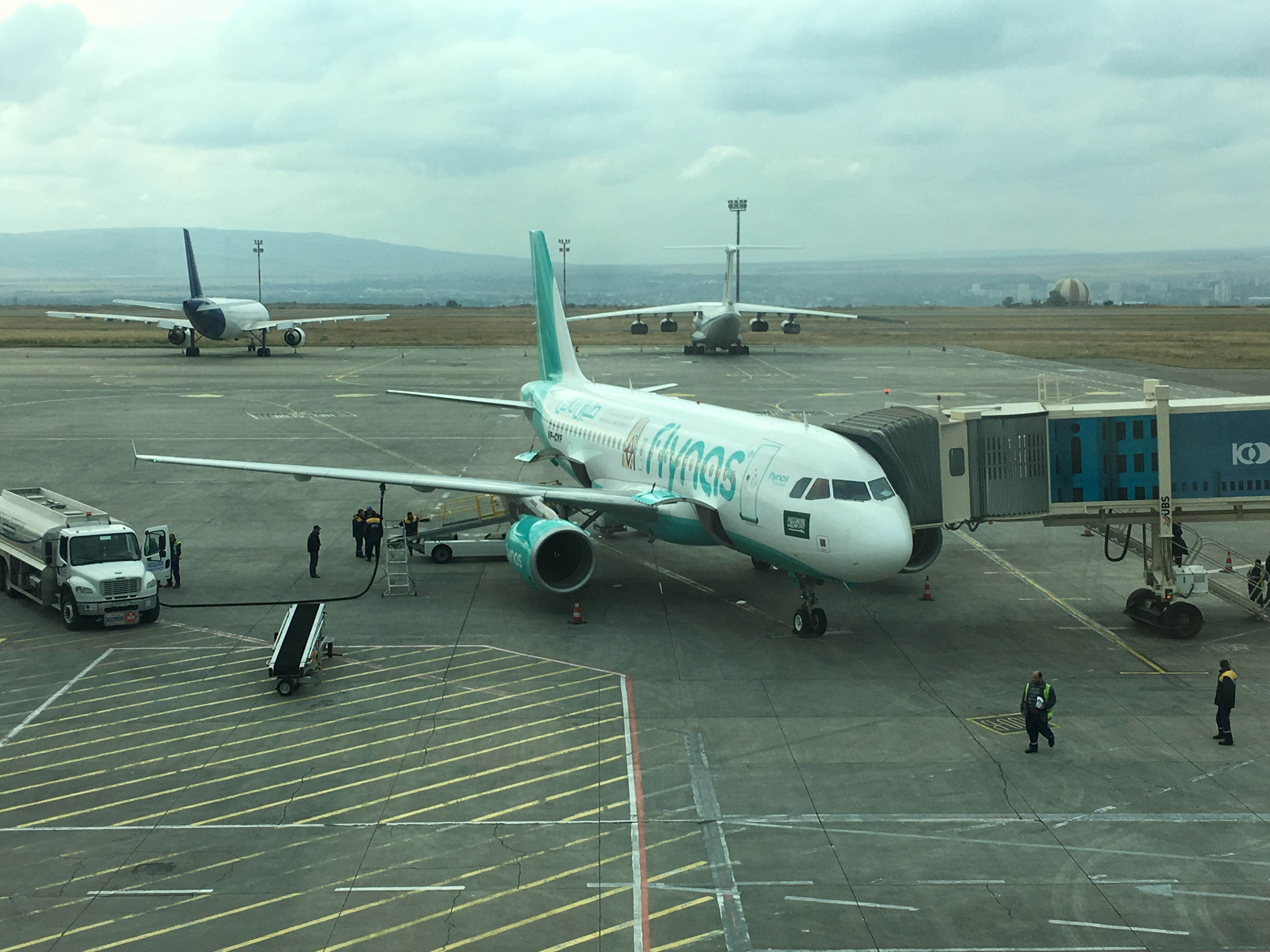