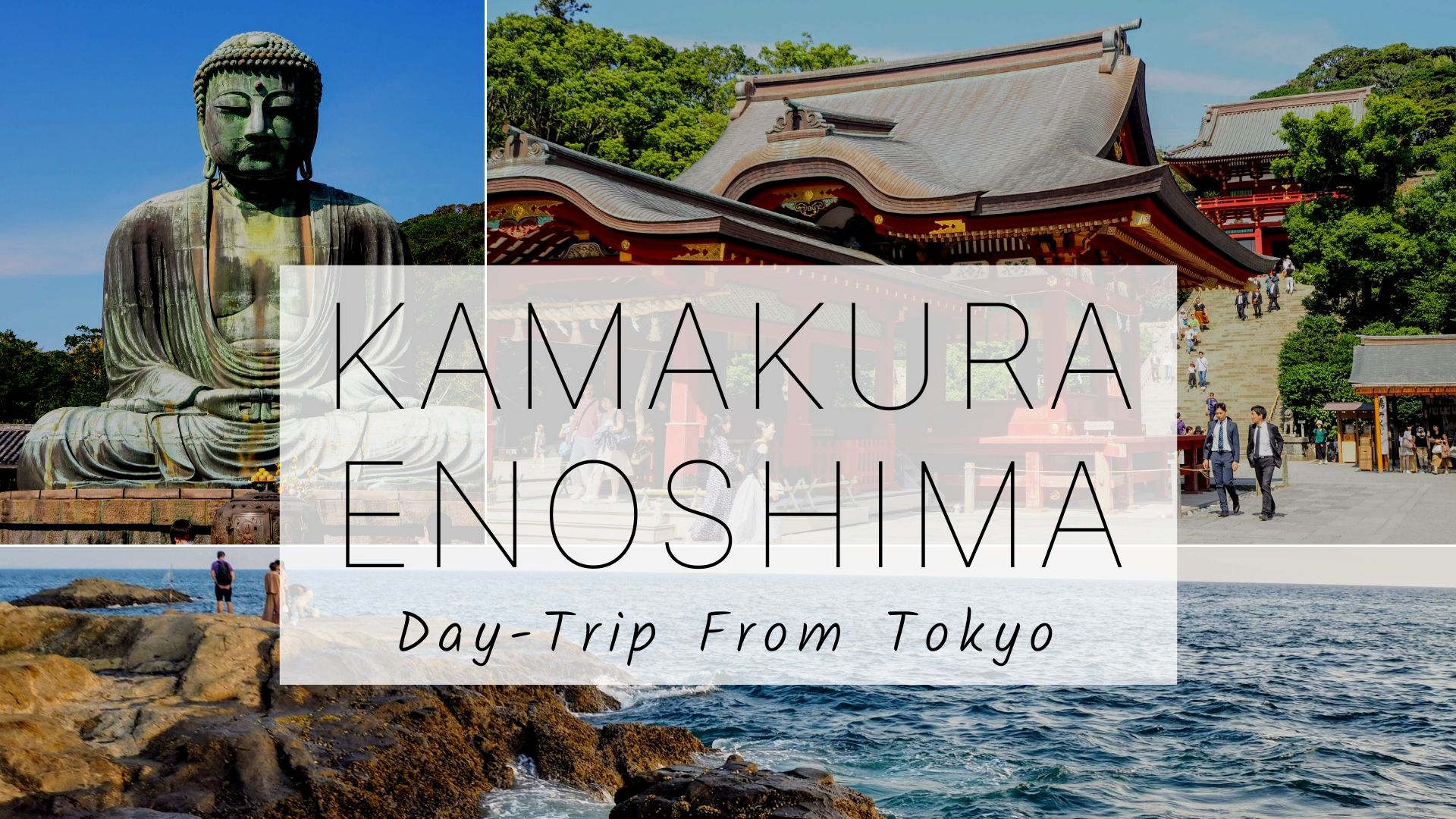 Kamakura and Enoshima are separately, two beautiful day-trip destinations from Tokyo. If your time in Tokyo is short, combine the two trips to one in a jam-packed, Kamakura-Enoshima day-trip itinerary!

What can you expect from both Kamakura and Enoshima?

When deciding on where to go during your Tokyo Itinerary, consider combining Kamakura and Enoshima into one day-trip from Tokyo. 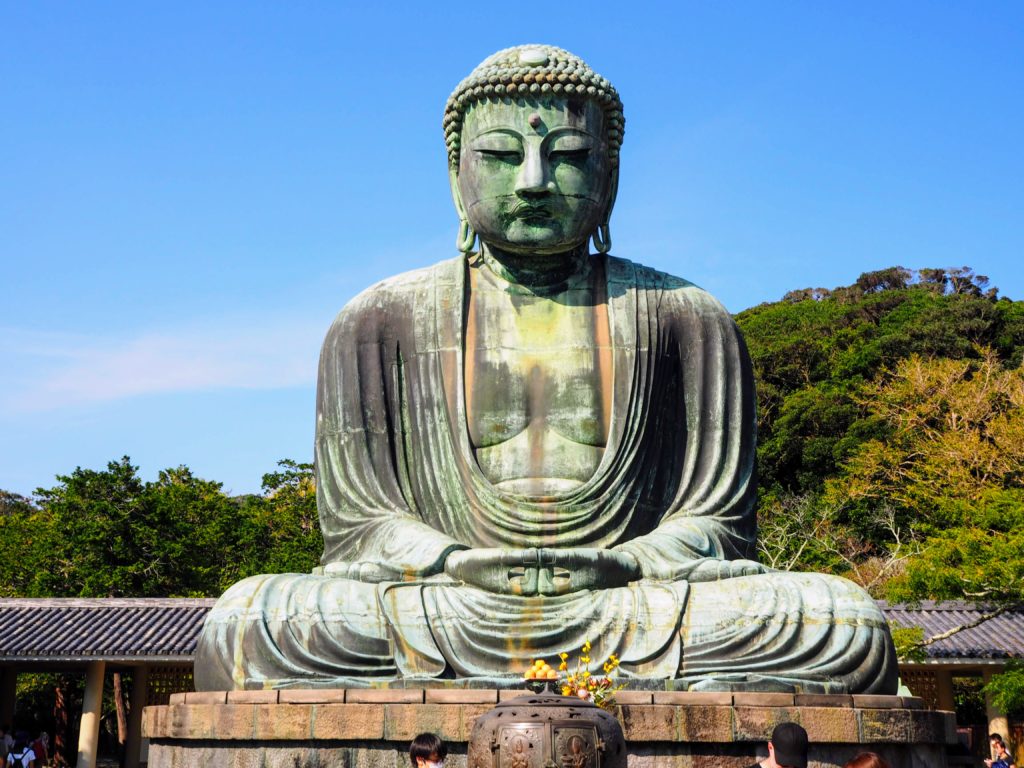 Getting Around on a Kamakura and Enoshima Day-Trip From Tokyo

The best way to get around during a Kamakura and Enoshima day-trip from Tokyo is to purchase Odakyu railway’s Kamakura-Enoshima free pass. They can be purchased at Odakyu company ticket machines in train stations, at Odakyu Ticket Offices, or at Odakyu Sightseeing Information Centers.

The ticket includes round-trip transportation on the Odakyu line from Shinjuku Station to Fujisawa Station, plus unlimited rides on the famous Enoshima-Dentetsu (shortened to Enoden) line.

Everything on this Kamakura and Enoshima Day-Trip from Tokyo is located along the Enoden line. 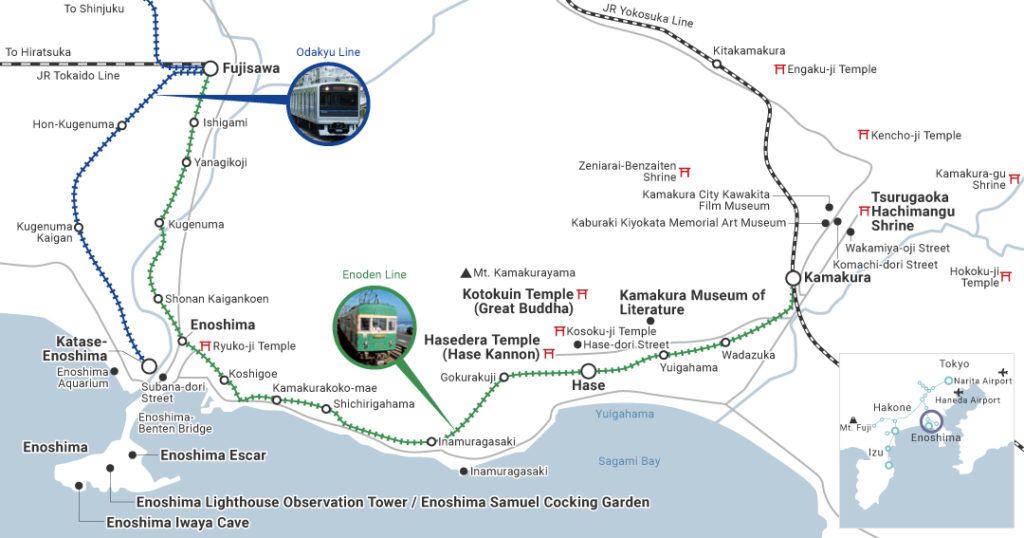 As long as you take more than two transfers on the Enoden line, Odakyu’s Kamakura-Enoshima Free Pass is worth the money. 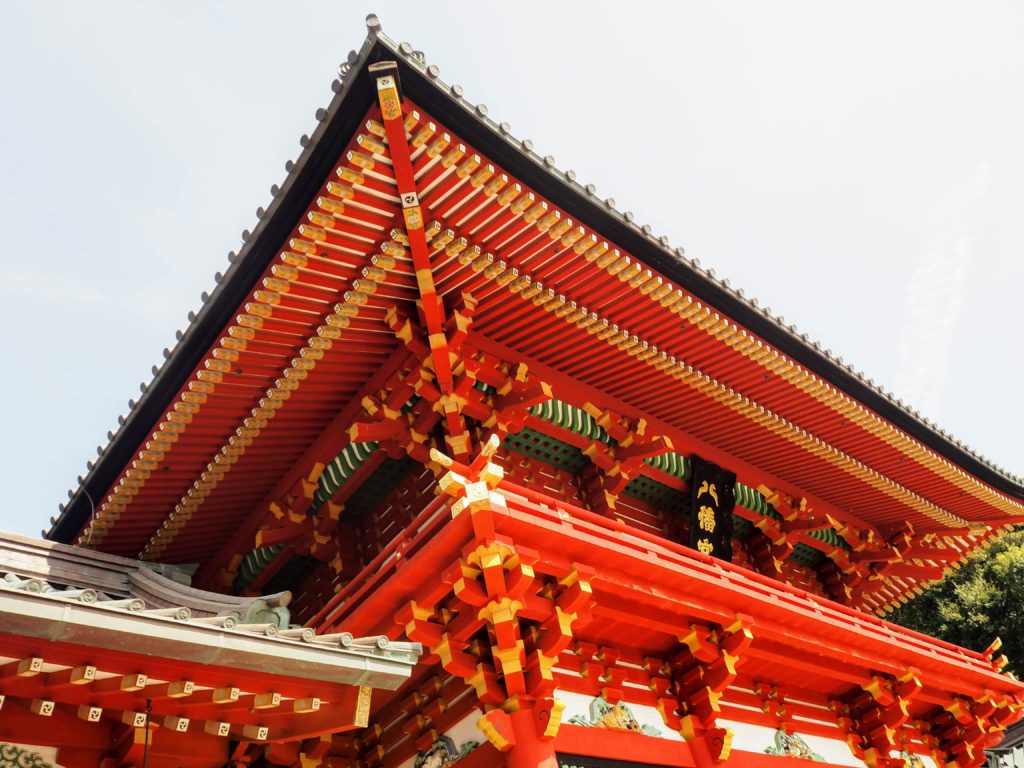 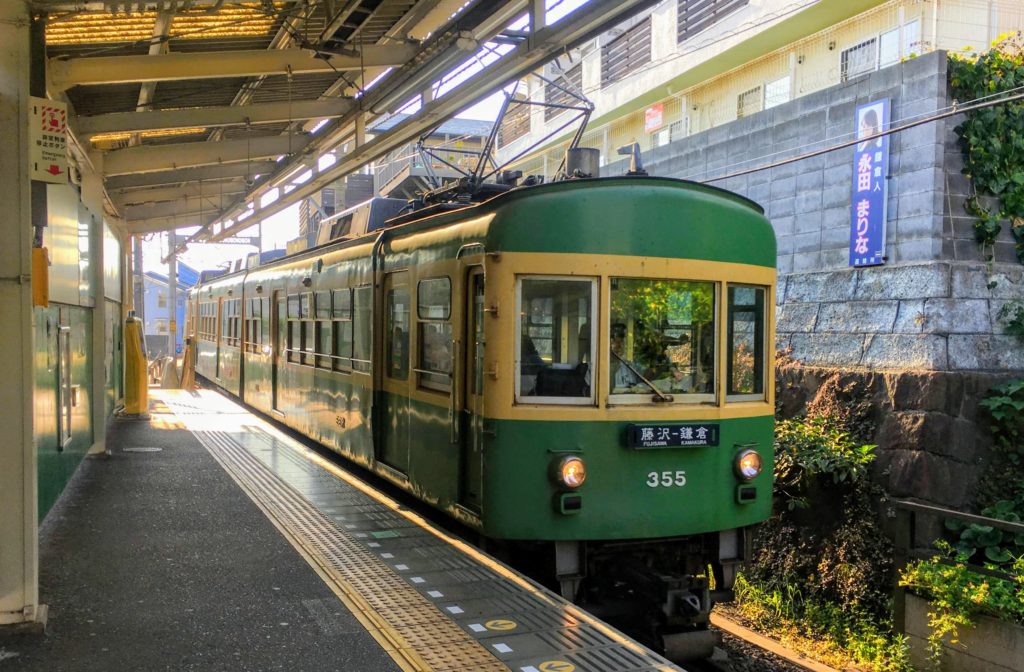 The first stop on your Kamakura-Enoshima Day-Trip from Tokyo is not the Great Buddha statue. Next to Kamakura Station is a large red torii gate, and behind it starts a long and wonderful shopping street, Komachidori.

If you haven’t had breakfast or are ready for a top-up, try some of the wonderful Japanese street food options available along this street.

Komachidori leads to Tsurugaoka Hachimangu Shrine, a multi-tiered shine that is built into the mountain. It’s still commonly used as a place to pray by locals today, so you may see families dressed up in their Shrine-visit best, paying a visit to the priest.

There are omamori good luck charms you can buy at the top shrine, omikuji fortunes you can draw, and even a small museum of Shinto artifacts you can visit. 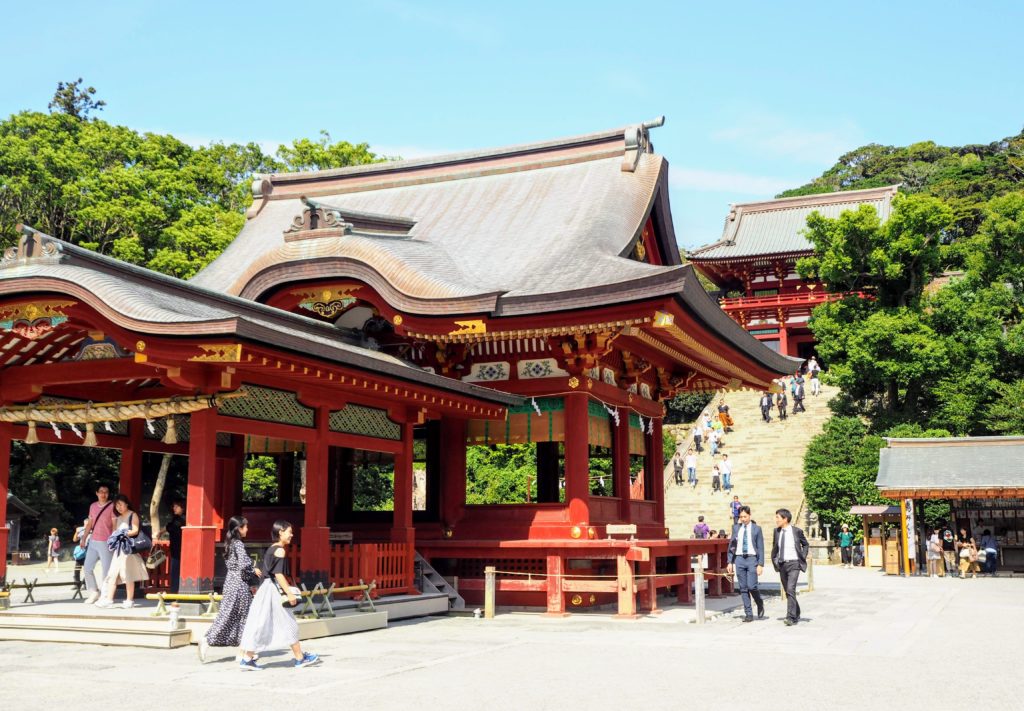 While most people turn back to the station here, head East instead. This gives you a chance to visit some lesser known, serene little temples.

Following the main road East from Tsurugaoka Hachimangu Shrine puts you in what feels like the heart of the Japanese countryside. It’s easy to forget you’re only an hour from Tokyo here!

There are several smaller temples that you can visit along this road, including Hokaiji Temple. At the end of a short walk is Hokokuji Temple, a small Buddhist temple famous for its large bamboo grove. You can wander the bamboo grove path and temple’s courtyard with its small ponds and Japanese garden. Entry to the bamboo grove is ¥200. 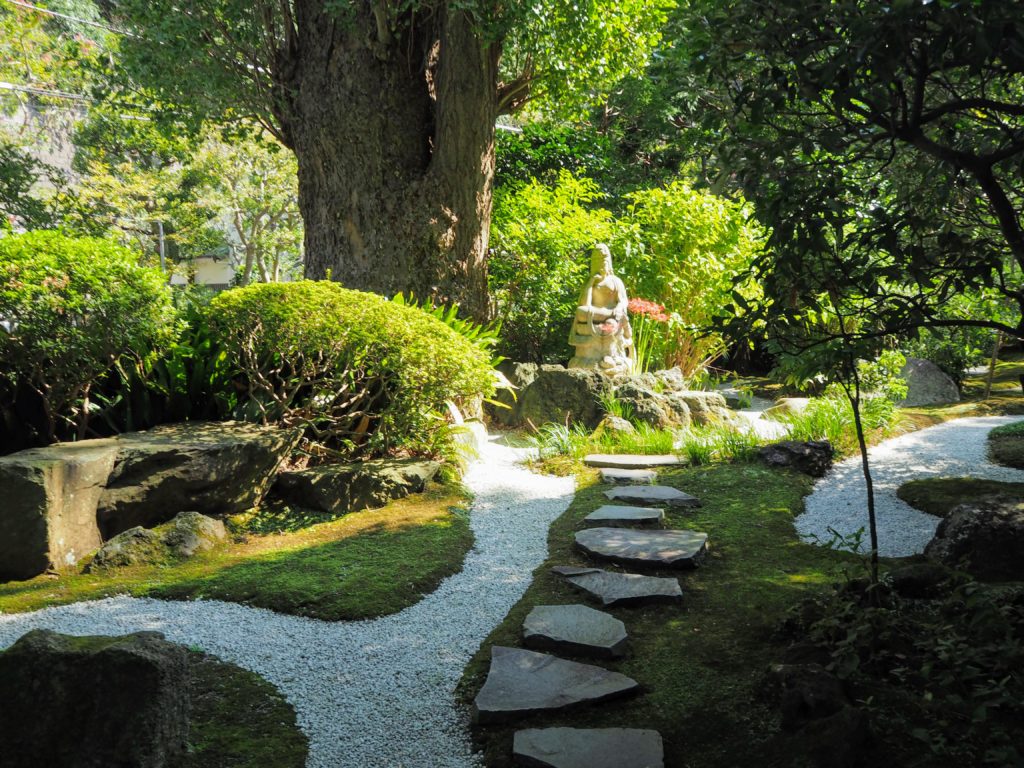 Retrace your steps to the Tsurugaoka Hachimangu Shrine. Walk down Danzakura Street or Komachidori, both lined with handicraft, souvenir, and street food shops. On either of these streets, you can find a nice restaurant or cafe to duck in to for lunch. 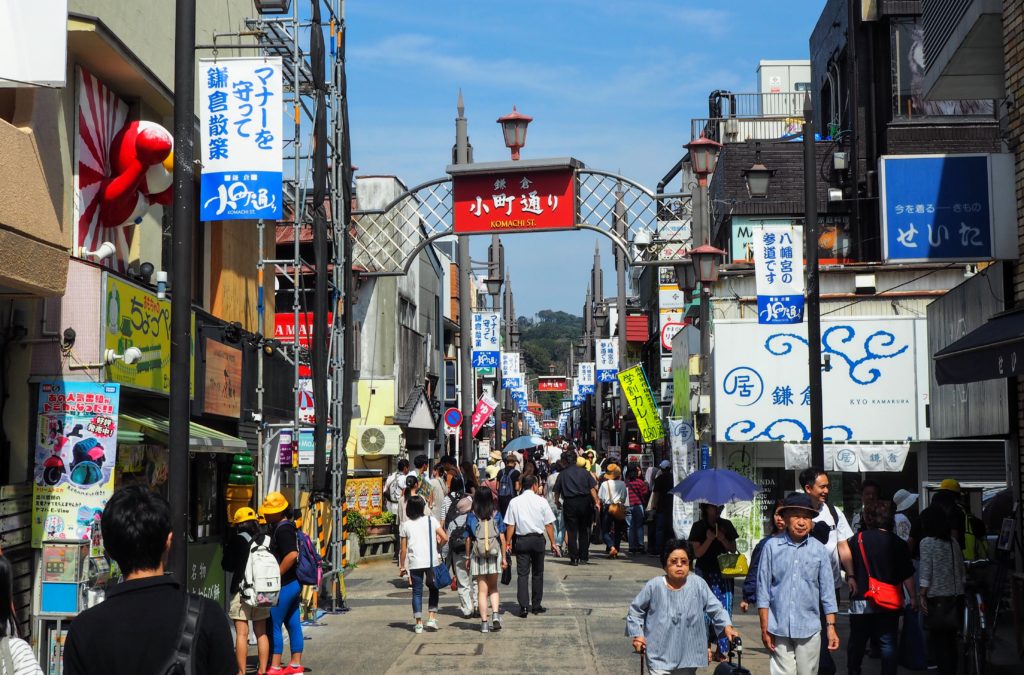 From Kamakura Station, use your Kamkura-Enoshima free pass to take the Enoden to Hasa Station. Hasa Station is the closest station to the Great Buddha.

If the weather is nice, Hasa Station is also very close to the beach. Just head south from the station and walk five minutes to Hasa Beach. Here, you can lay around, picnic, tan, and splash about in the water.

If you plan on spending a while at the beach, it may be worth splitting your Kamakura-Enoshima day trip from Tokyo into two days. You could even stay overnight in Kamakura. Ushio Guesthouse and Guesthouse Kamakura Zen-ji and both highly rated backpacker accommodations, in great locations. 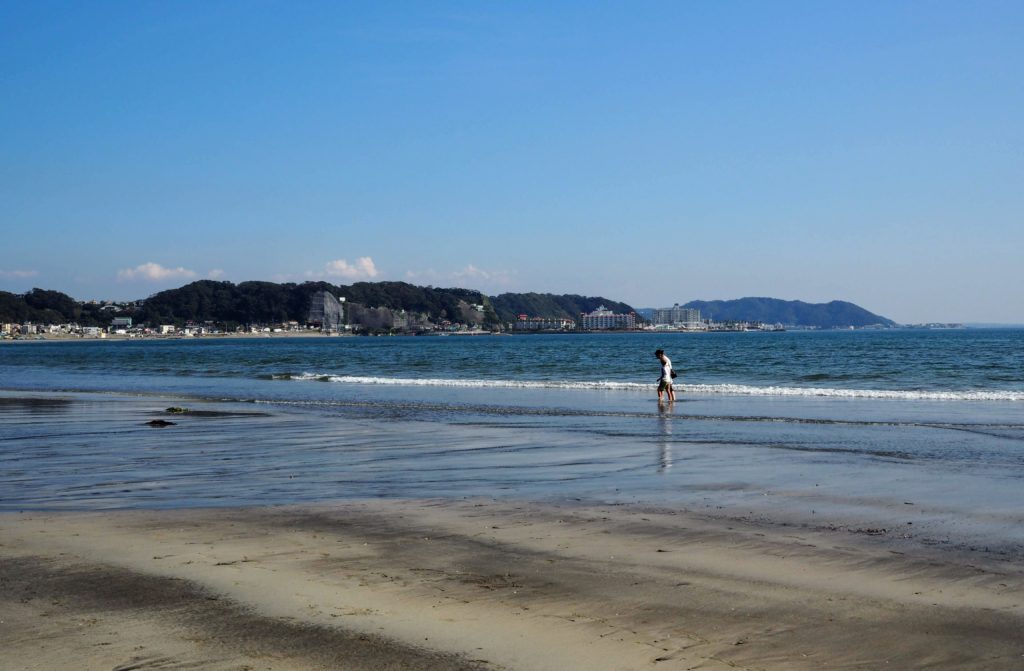 Head north of Hasa Station and walk 10 minutes down the road to reach the nonchalant entrance to Kotokuin Temple. This is where the Kamakura Daibutsu, or the Great Buddha resides. 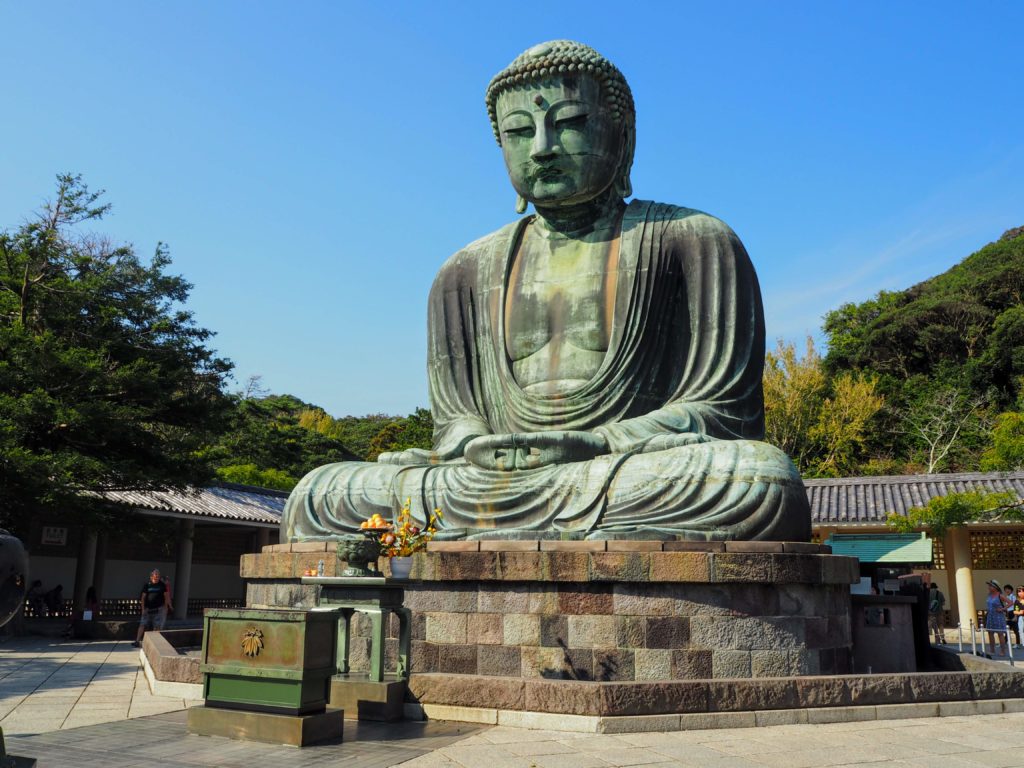 While you’re in the area, check out Hasedera Temple close to the Hasa station too. It was founded between the 12th and 14th centuries and has scenic flower garden and koi pond views.

Legend says two Kannon (Goddess of Mercy) statues were carved out of one tree located in present-day Nara. While one statue was enshrined in the Hasedera temple in Nara, the other was cast to sea with a prayer to save people elsewhere. It washed up years later in Kamakura, and rests here today. 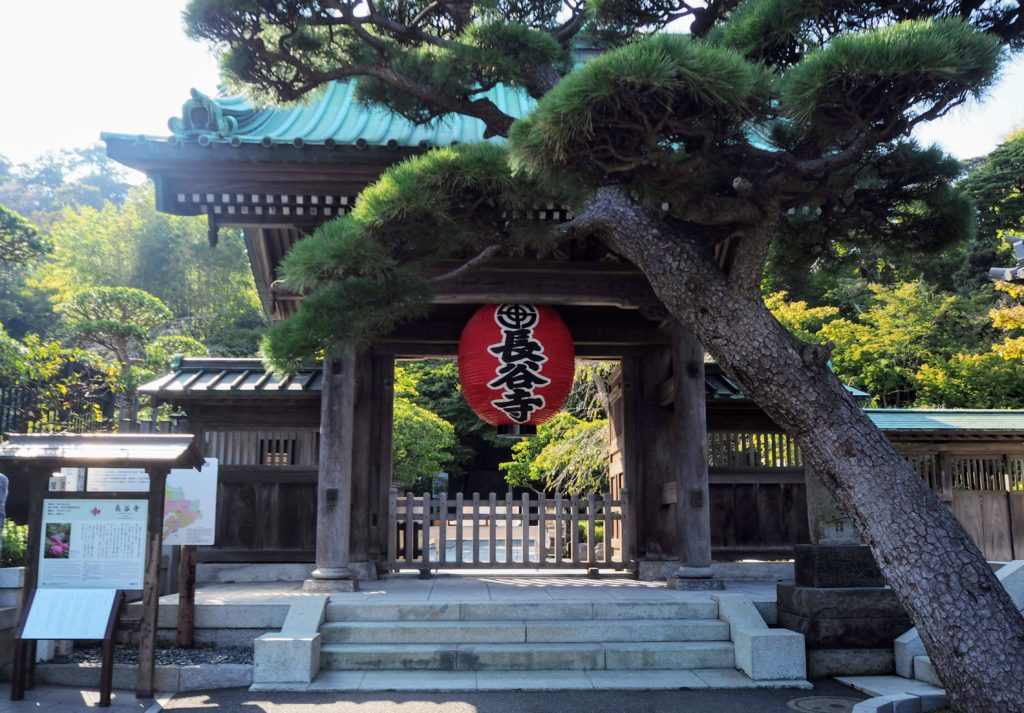 If you’re day tripping to Kamakura and Enoshima during the colder, non-beach months, you can still check out the ocean by heading to Shichirigahama. Head to the Shichirigahama Enoden station from the Kamakura Great Buddha.

There’s a small black-sand beach here that is easily accessible from the station, and a big 7-Eleven near it where you can pick up some snacks or an ice cream. There’s a large staircase to sit on to admire both the outline of Enoshima in the distance, and the deep blue waters. It’s a popular surfing spot if the tide is right. 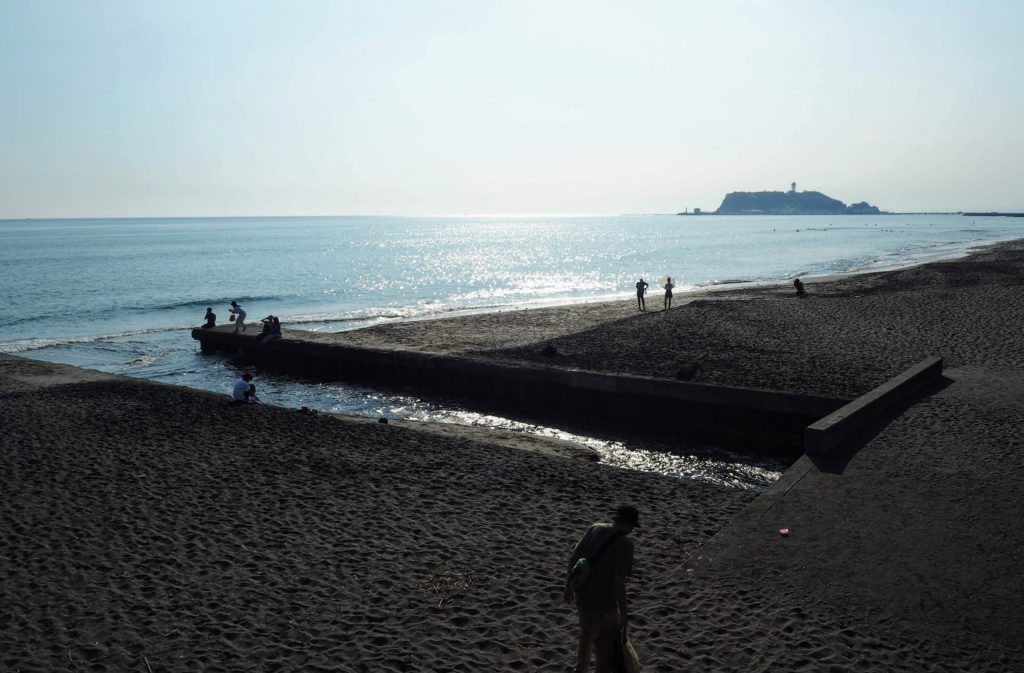 The next stop on your Kamakura-Enoshima day trip itinerary is Enoshima. This island is famous for its Shinto shrine, which was built into the rock cliffs in 1182. It’s home to a variety of different landscapes and activities for being such a small land mass. You’ll find beaches, cliffs, gardens, shrines, historic buildings, and lots of shopping on Enoshima!

Because it’s a compact island, you can easily cover many different Enoshima activities in an afternoon. That’s why it’s a perfect place to pair with Kamakura for a one-day Kamakura, Enoshima day-trip from Tokyo. 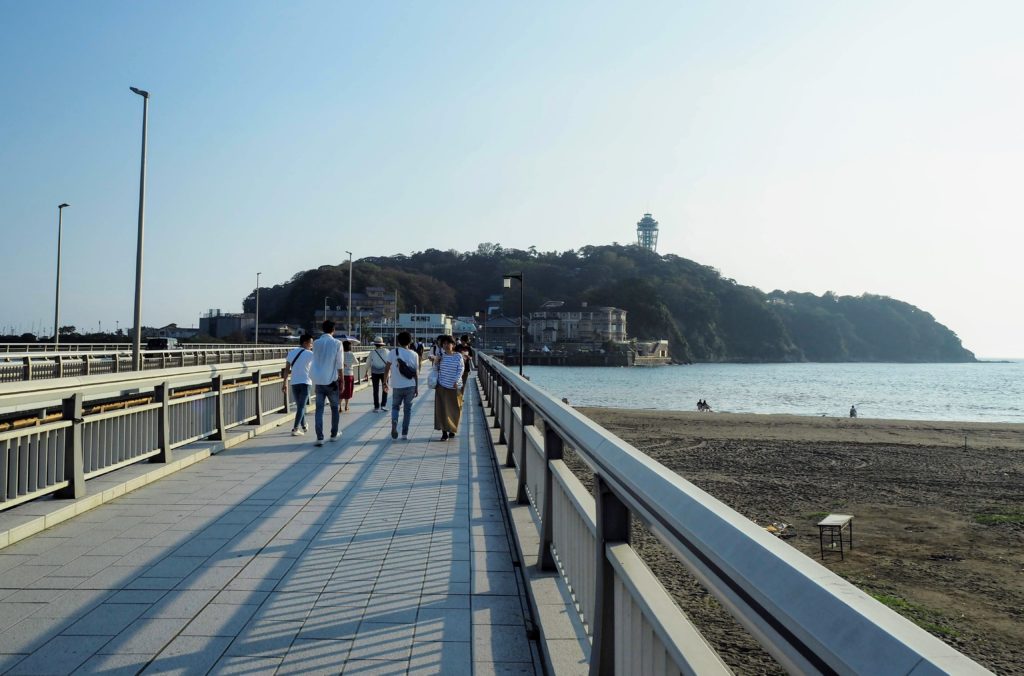 Take the Enoden line to Enoshima Station. From here, it’s a straight shot down to the bridge that connects Enoshima to the main land. From the station to Enoshima takes about 30 minutes on foot, with amazing views of the island and the surrounding water and beaches on the way.

Once arriving to the island, head up the main street shopping street towards the top of the hill. Stop by for some famous Enoshima street food here, like chirashi (baby sardines), matcha ice cream or shrimp crackers. A small shrine is located at the top of the hill, with a viewpoint overlooking the island. 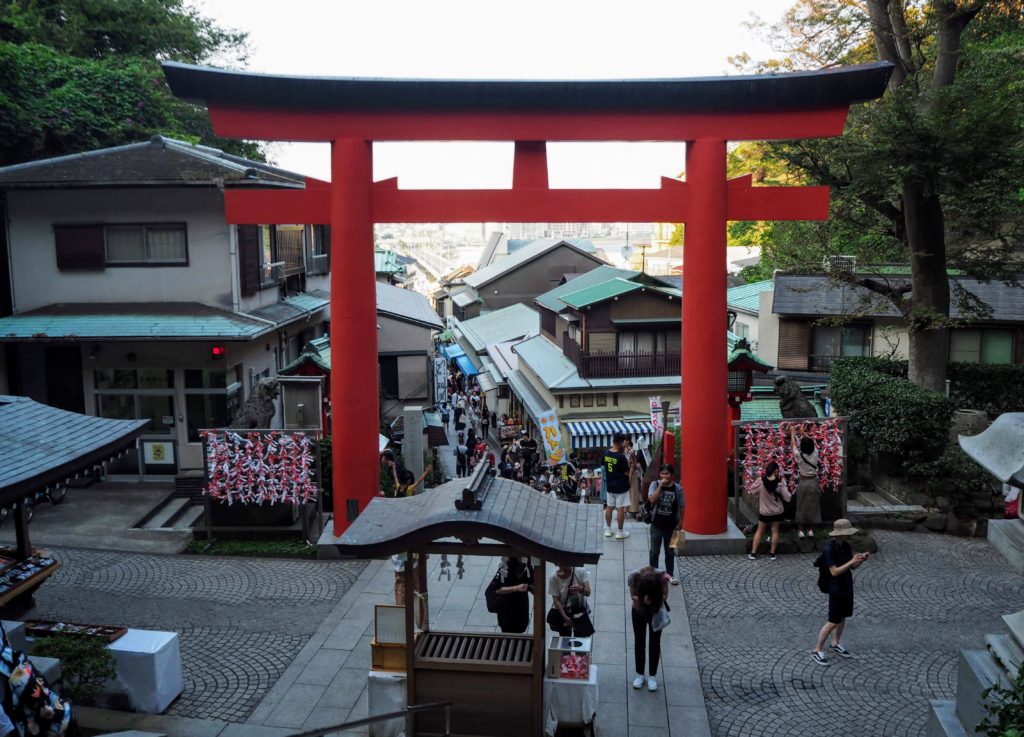 Keep going up until you reach the Enoshima Samuel Cocking Garden, which is a botanic garden at the base of the iconic Enoshima Sea Candle building. The Sea Candle costs ¥300 yen to enter, and the Gardens cost separately ¥200 yen ($5 USD total).

Just in front of the garden are some great viewpoints at a cafe if you want to have a rest from climbing all those stairs. 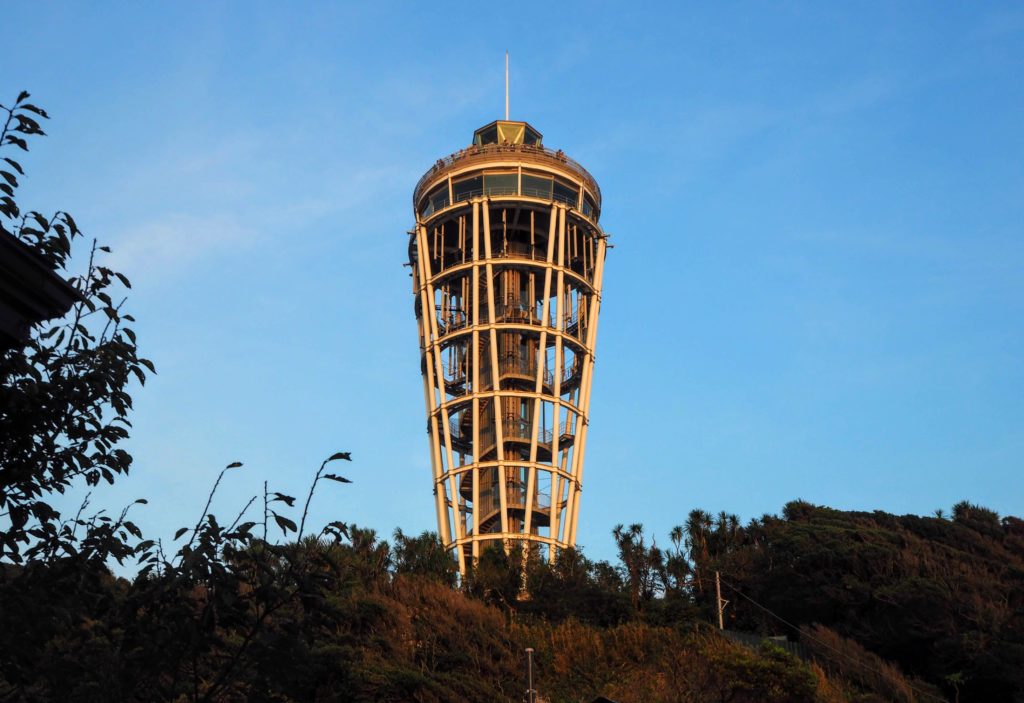 Keep going (I promise it’s worth it!) through some historic streets to the opposite side of Enoshima island. The path consists of a lot of up and down staircases, so I hope you brought some sneakers! Eventually you’ll be back at ocean level.

During the low tide, climb around to the edge (carefully) and especially in the evening it’s a great spot to admire the sunset.

Here you will also find Iwaya Cave, which is home to a dragon statue and a Buddha. Although it’s often closed, if you’re lucky enough to enter it’s illuminated with beautifully decorated lanterns. (¥500 admission fee) 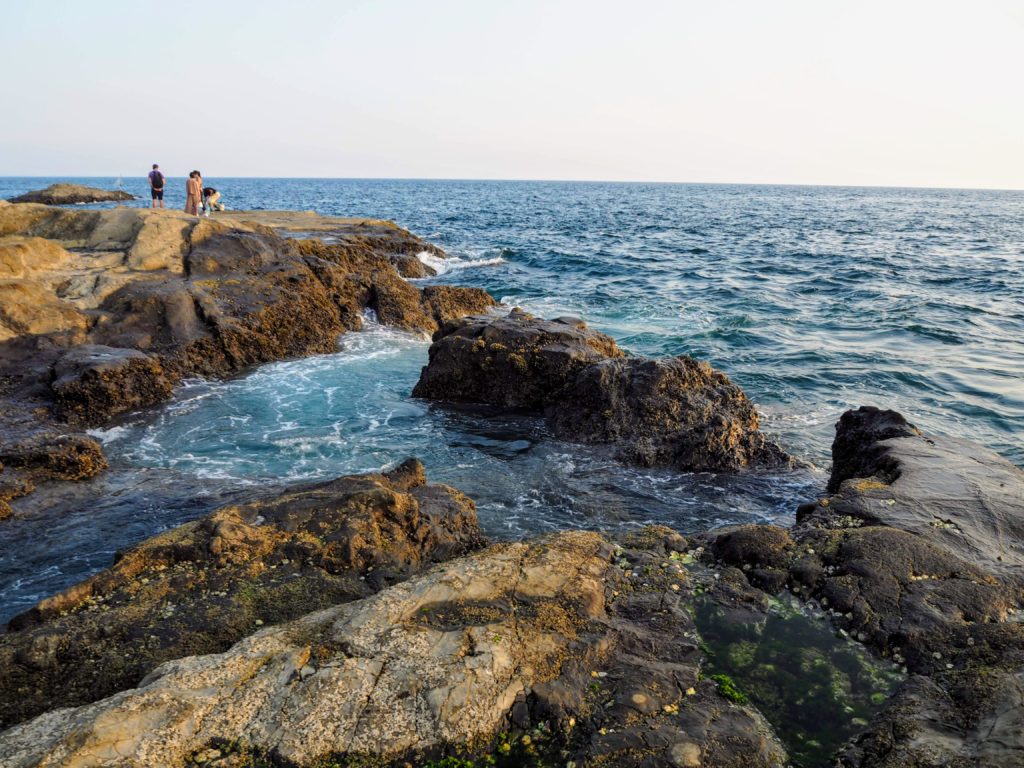 For dinner on your Kamakura Enoshima day-trip from Tokyo, check out one of the restaurants on Enoshima that have patios overlooking the ocean and sunset. On clear days, Mt. Fuji can be seen in this direction too!

The food available on Enoshima is mostly traditional Japanese food like grilled fish, soba or other types of noodles, but the price is very decent for being in such a prime location. 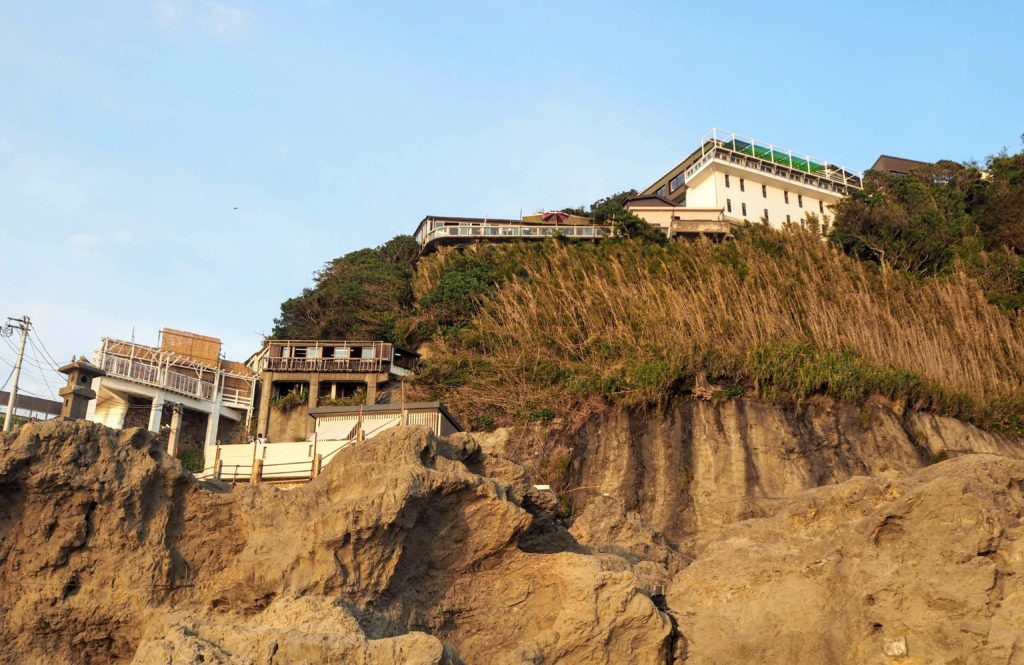 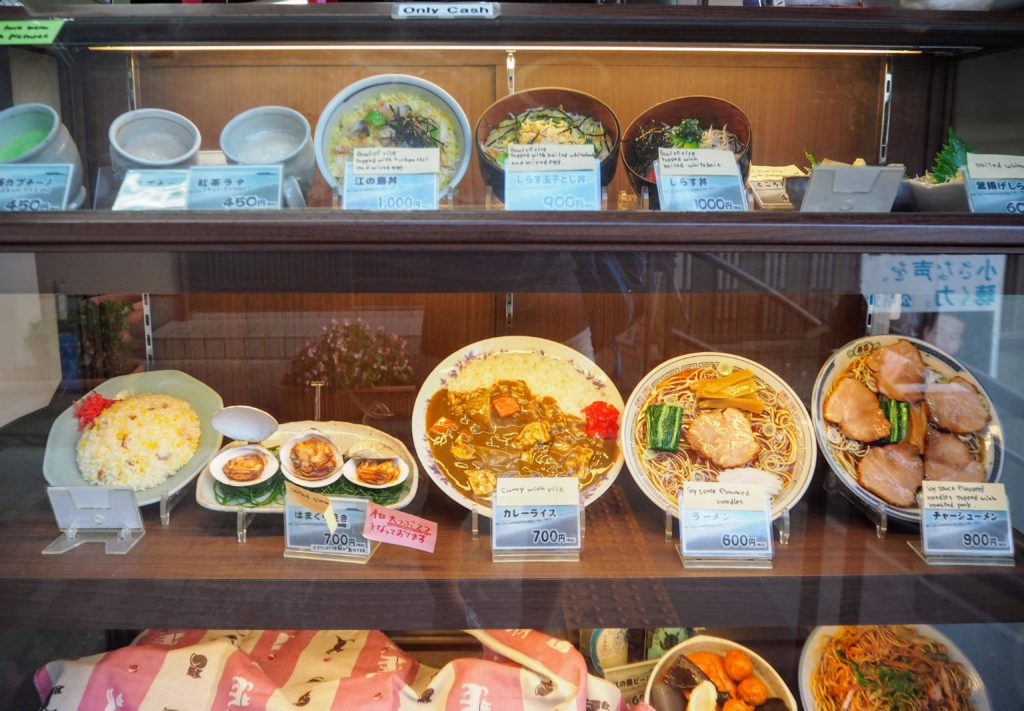 After the sun has set and you’ve filled your empty stomach, finish up your Kamakura and Enoshima day trip by heading back to Tokyo. Walk from Enoshima back to the Enoshima Station, then take the Enoden line back to Fujisawa Station.

From here, transfer back to the main Odakyu line to head back to Shinjuku station to complete your Kamakura-Enoshima Day-trip from Tokyo.

Pin this Kamakura and Enoshima Day-Trip for later! 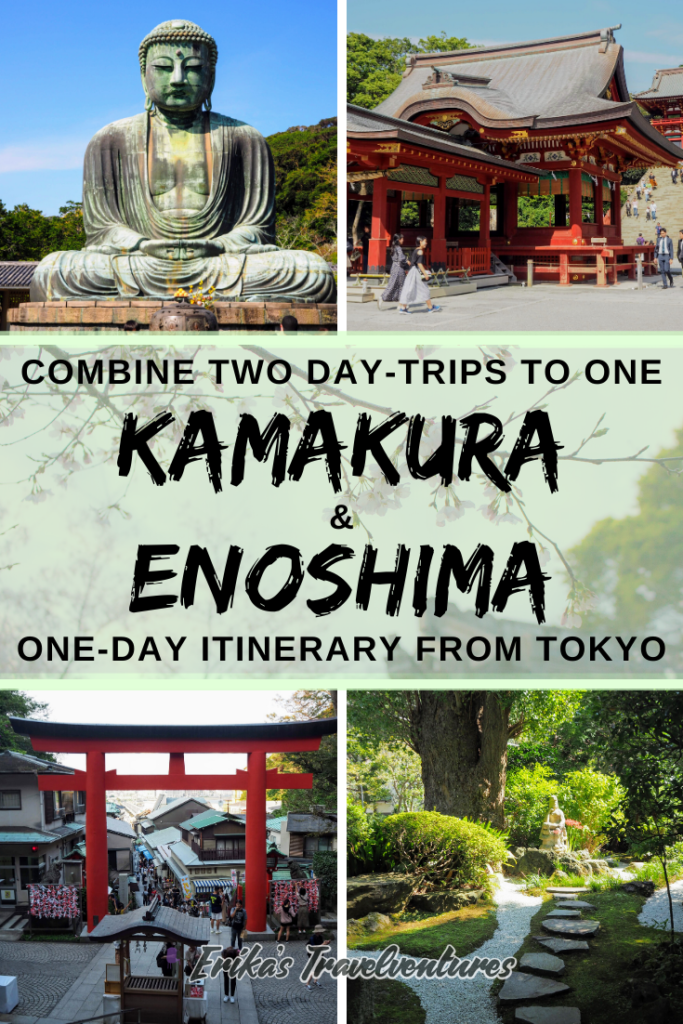 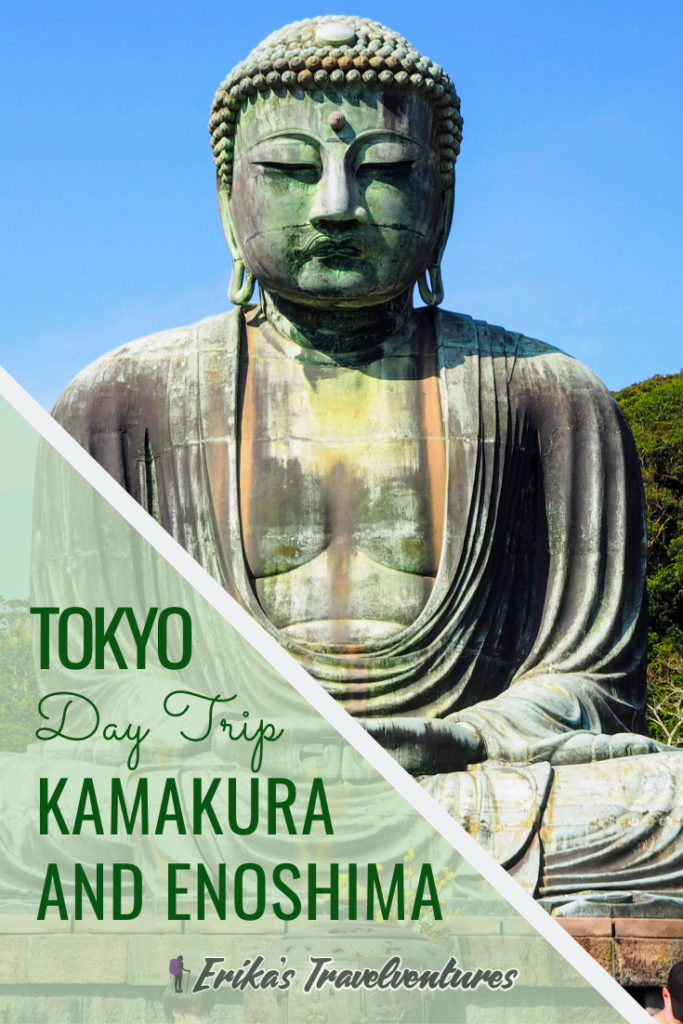 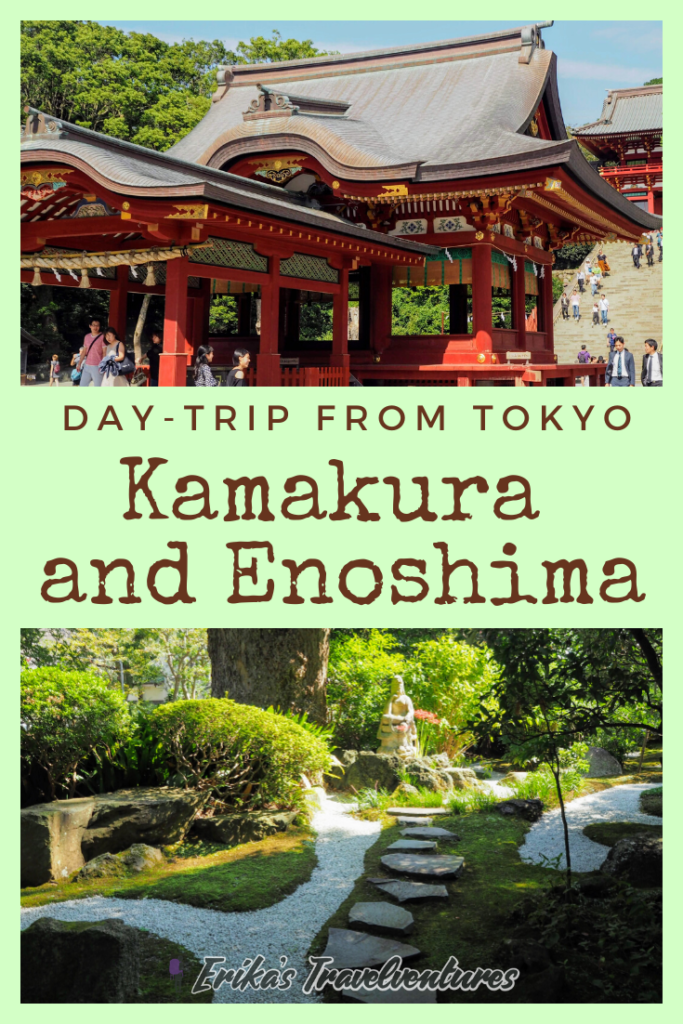 Are You Prepared For Your Trip To Japan?

Be sure to check out my Japan home page for Japan travel information, insider tips, reading list, and must-haves for traveling to Japan! 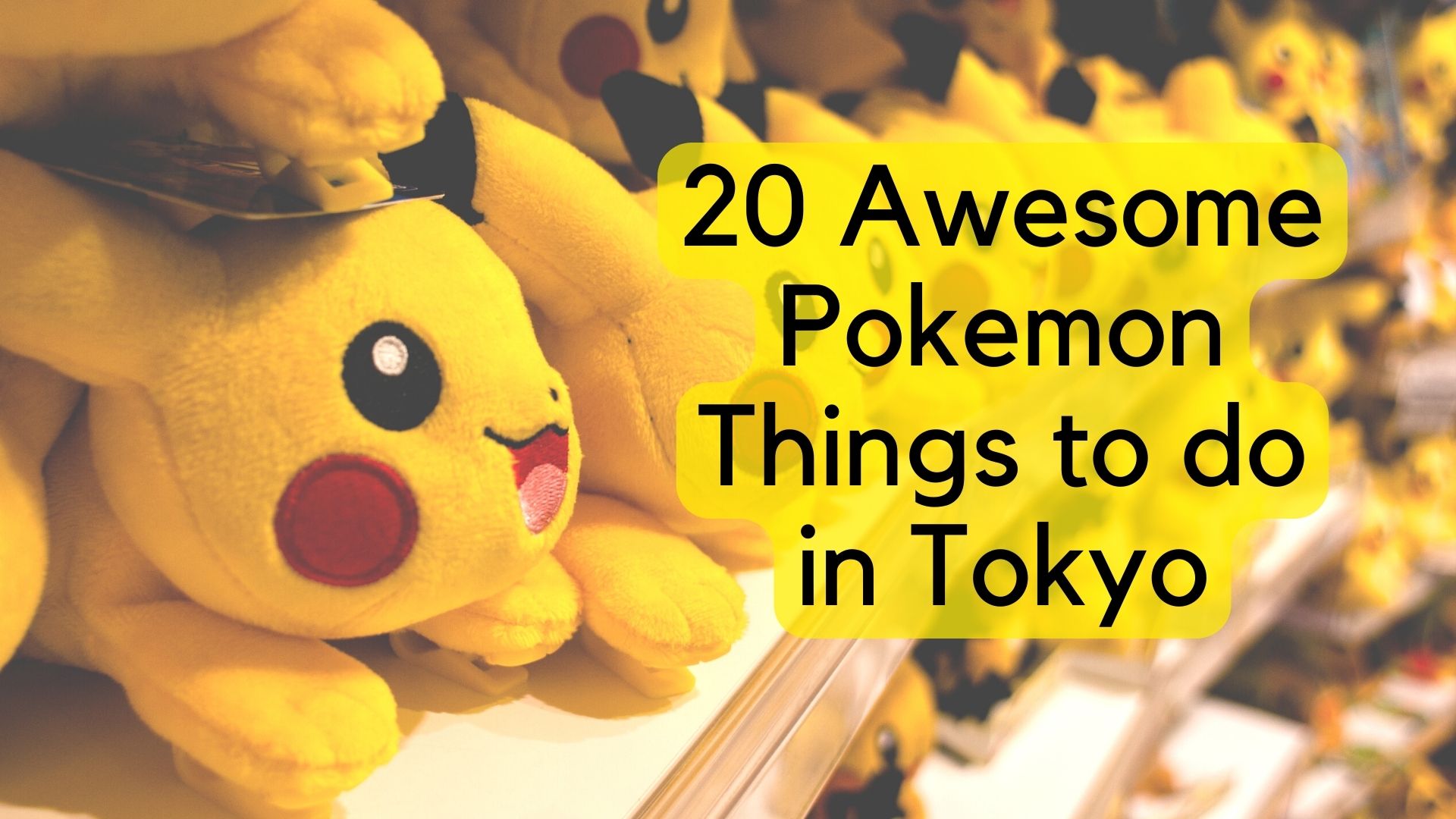 Ultimate List of Pokemon Things to do in Tokyo 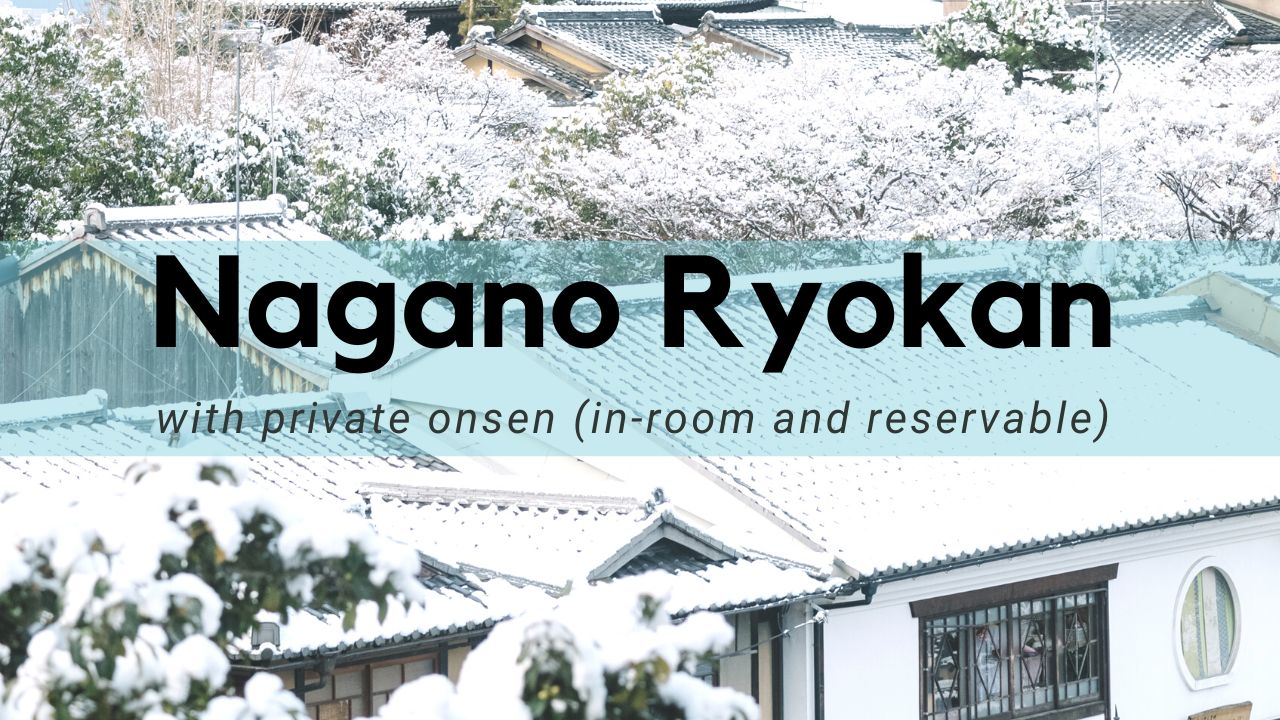 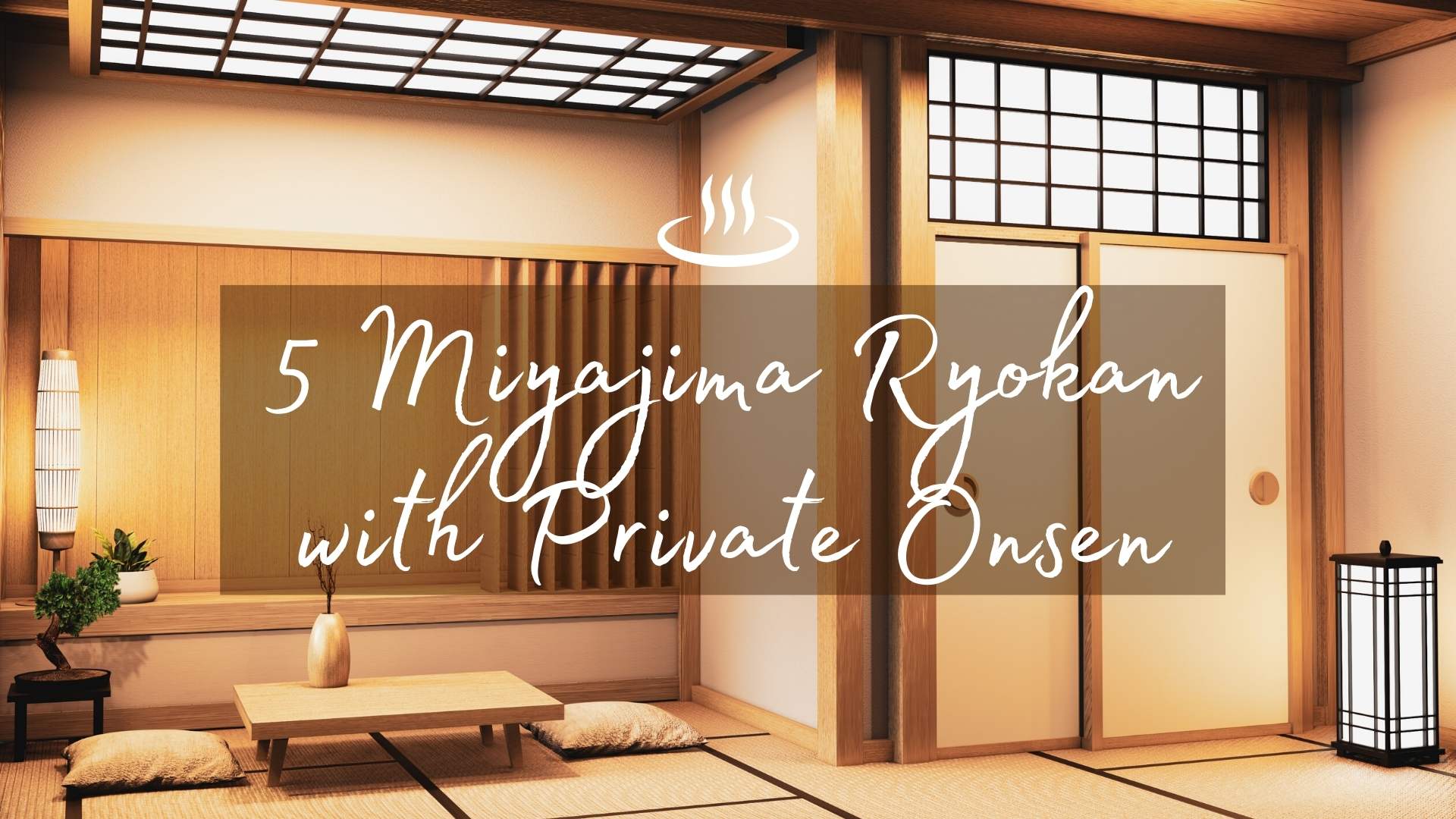