Kosovo is a hidden gem within the Balkans, a region in Europe that’s already hugely underrated. With a rich history, beautiful architecture, friendly locals, and cheap prices, Kosovo is a Balkans itinerary must-see. If you’re planning a trip to the Balkans, consider spending three days in Kosovo!

Because of Kosovo’s small size, it’s possible to visit many beautiful places during just three days in Kosovo.

Tip: Be mindful of Kosovo’s history

Kosovo has been occupied by the Ottoman Empire, Serbia, Bulgaria, and by communist Yugoslavia. Endless fighting took place between the occupants and local ethnic groups, to try and establish majority rule over Kosovo.

Sadly, many lives were lost during these conflicts, and many historical and cultural buildings in Kosovo were destroyed. To Serbia, Kosovo is still considered land that was forcibly taken from them.

It’s important to keep this history in mind when exploring the streets of Kosovo today. It’s a young country full of hope, trying to grow its own sense of identity, while preserving the current state of peace. 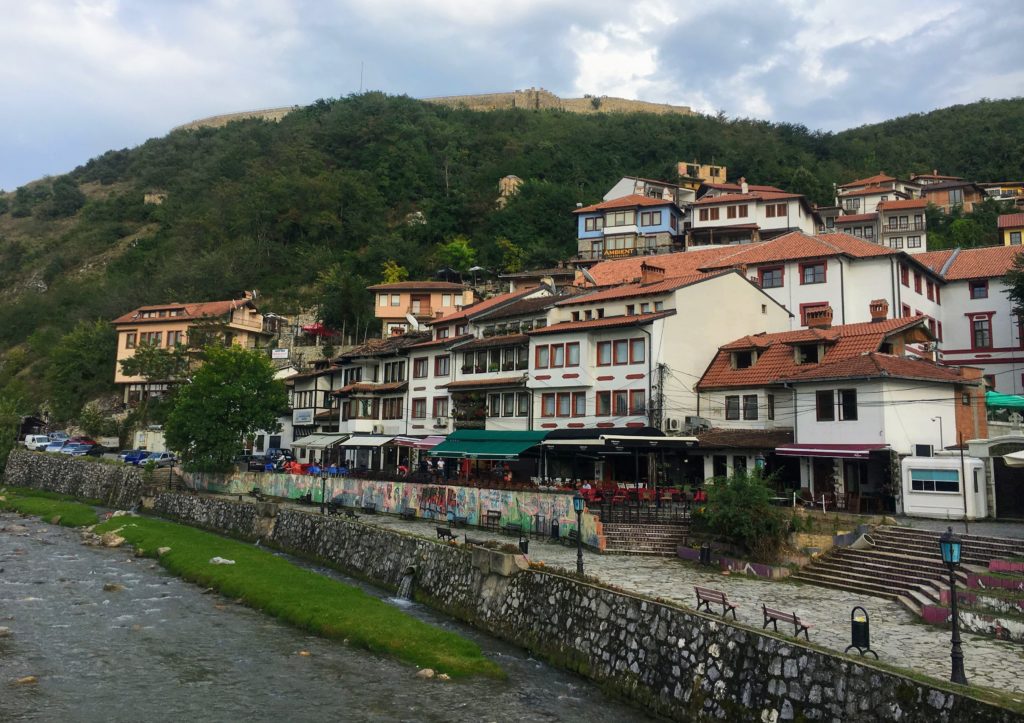 But First... How to get to Kosovo

The Balkan conglomerate of countries is very easy to navigate by bus. Countless busses run to/from Kosovo and Serbia, Macedonia, Montenegro and Albania, the countries that Kosovo shares borders with. The largest hubs from which you can easily catch a bus to Kosovo are Tirana, Albania, Skopje, Macedonia, and Nis, Serbia.

There is also a small international airport in Pristina which provides cheap flights to/from many European travel hubs.

Overland Border-Crossing from Serbia to Kosovo

Kosovo’s neighbor to the east, Serbia, does not recognize Kosovo as independent from them. To Serbian border patrol, Kosovo is still Serbia. This is important to keep in mind when traveling between the two countries.

Traveling from Serbia to Kosovo, there is no problem – you won’t get a Serbian exit stamp, but you will get a Kosovo entry stamp. You can freely continue from Kosovo to Kosovo’s other neighboring countries.

You WILL run into trouble going in the other direction, from Kosovo to Serbia!! 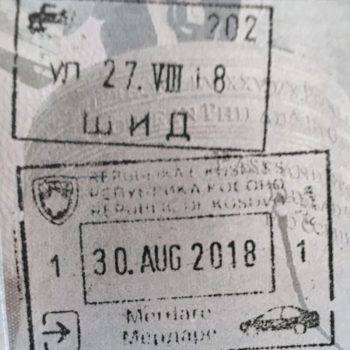 Serbia – Kosovo – back to Serbia = OK

Somewhere else – Kosovo – Serbia = NOT OK

If you itinerary takes you West to East, from Kosovo towards Serbia, it’s best to detour through travel hub Skopje, Macedonia. Then you will be legally entering Serbia through Macedonia and you will receive a Serbian entry stamp. Therefore:

The capital of Kosovo, Pristina is a town with a small but growing population of just over 200,000 people. It’s a logical first step on your three days in Kosovo itinerary.

Different parts of Pristina have different ambiances, but none give off the feel of a war-torn country. The town center feels fully metropolitan, filled with men and women in business suits. One street over feels like a university town with students carrying books and backpacks. And the old bazaar will take you half a century back in time to an Islamic market!

Although Kosovo is a majority Muslim population, most women choose not to wear headscarves. Women and men walk side by side through Pristina’s large streets, as do equal numbers of male and female students on the University of Pristina campus. I felt like I could’ve been anywhere in Western Europe when I was walking down Pristina’s central Mother Theresa street! 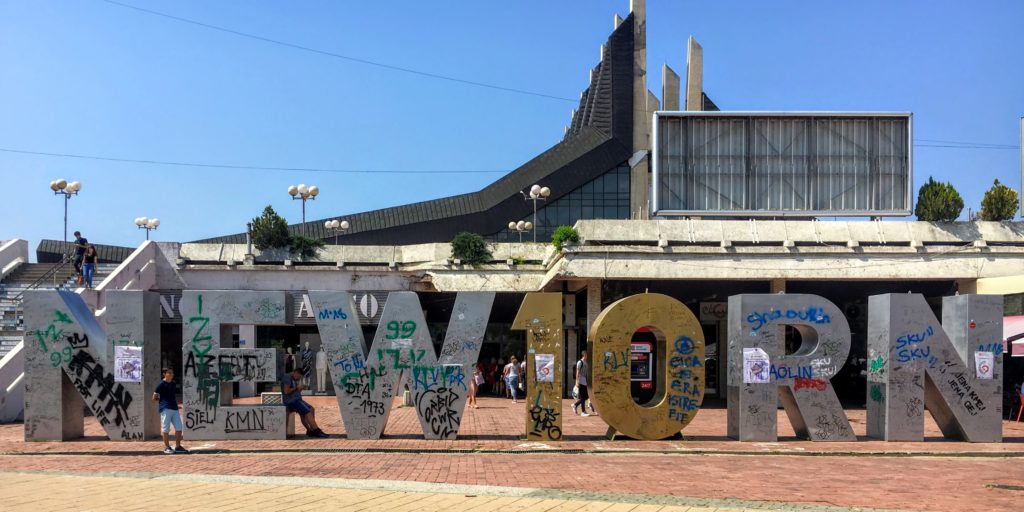 Things to Do In Pristina: 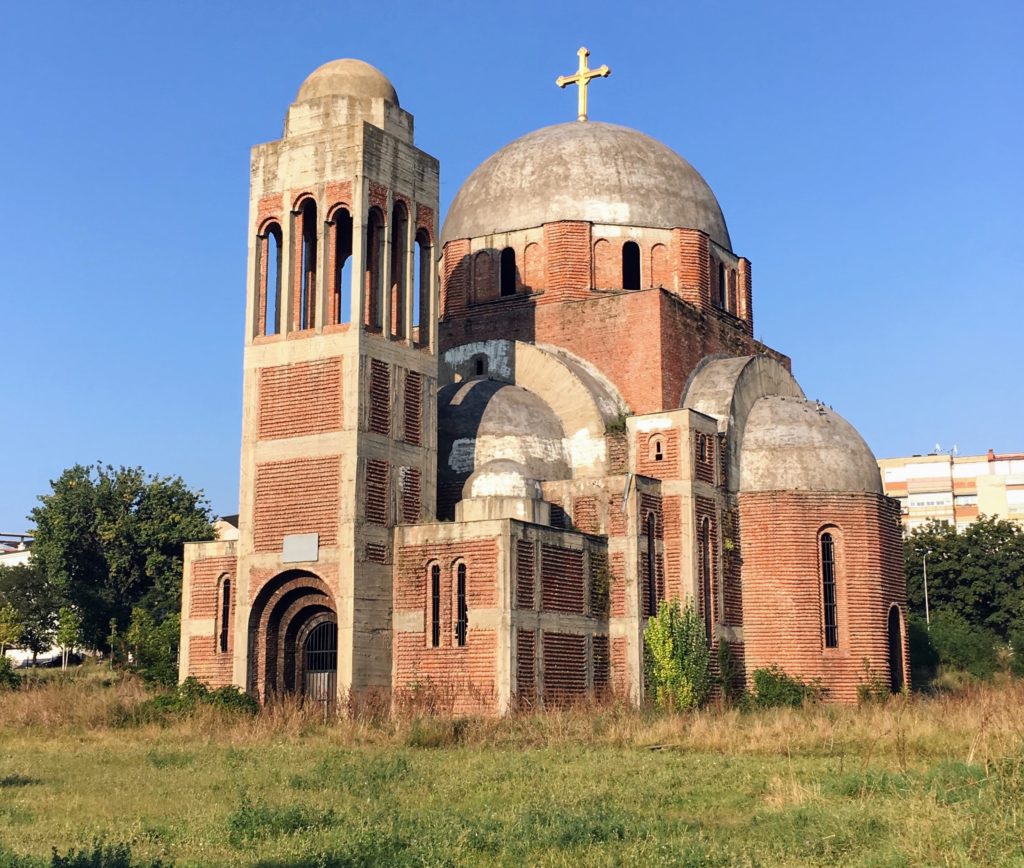 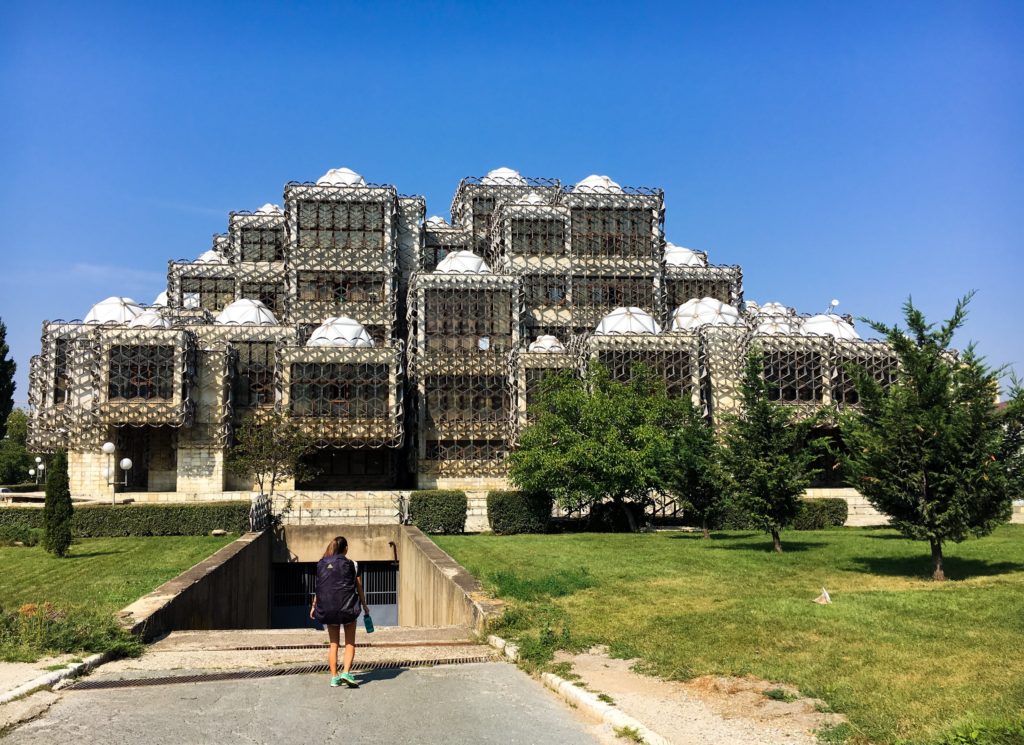 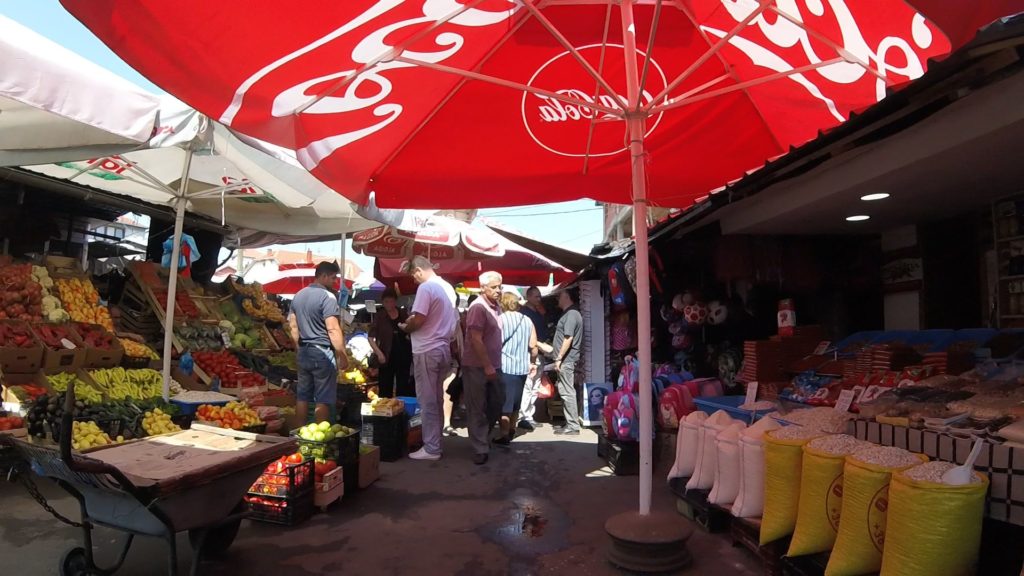 Places to Stay in Pristina:

I highly recommend Oda Hostel in Pristina, which has every amenity that a backpacker needs in a place to stay for $8 USD per night. The beds and blankets were cozy, each bed (and even the lockers) had a personal light and outlet!

Pristina is full of highly-rated options for accommodation including: 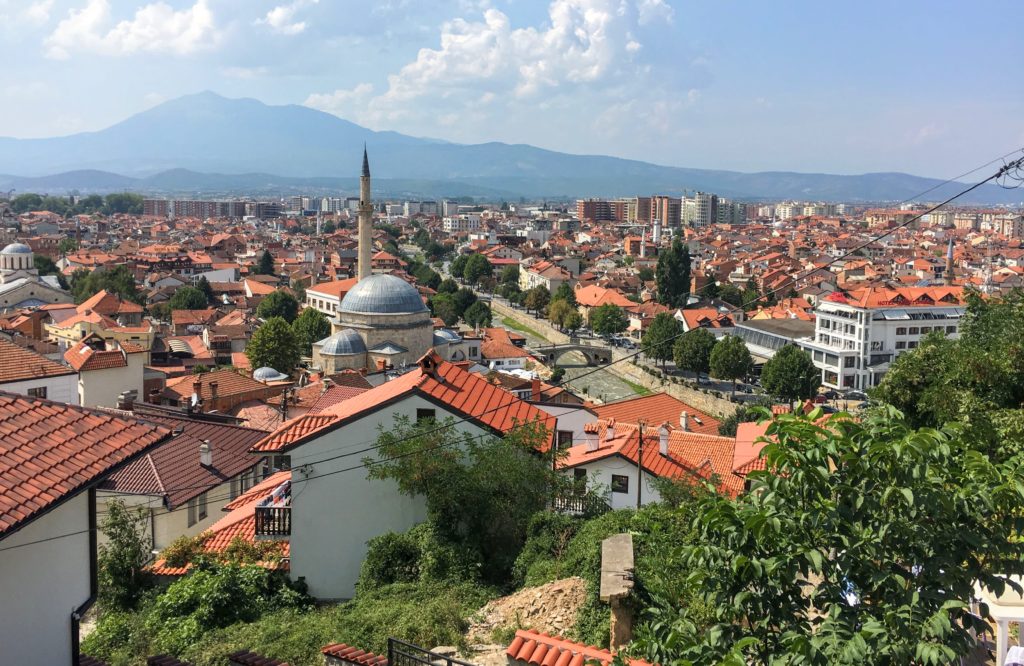 Prizren is the second city on my three days in Kosovo itinerary and also my favorite. Prizren has the local charm and character that I felt Pristina was lacking. A small river runs through the center of town, with stone bridges crossing over it. Many chic restaurants with patios are built along one side of it, and park benches line the opposite side.

Busses leave several times per day from Pristina’s main bus station (30 mins walk from city center or short taxi ride). Busses to Prizren cost €4 per person, plus a €0.10 platform fee at the bus station (common in Kosovo and the Balkans).

Things to Do in Prizren 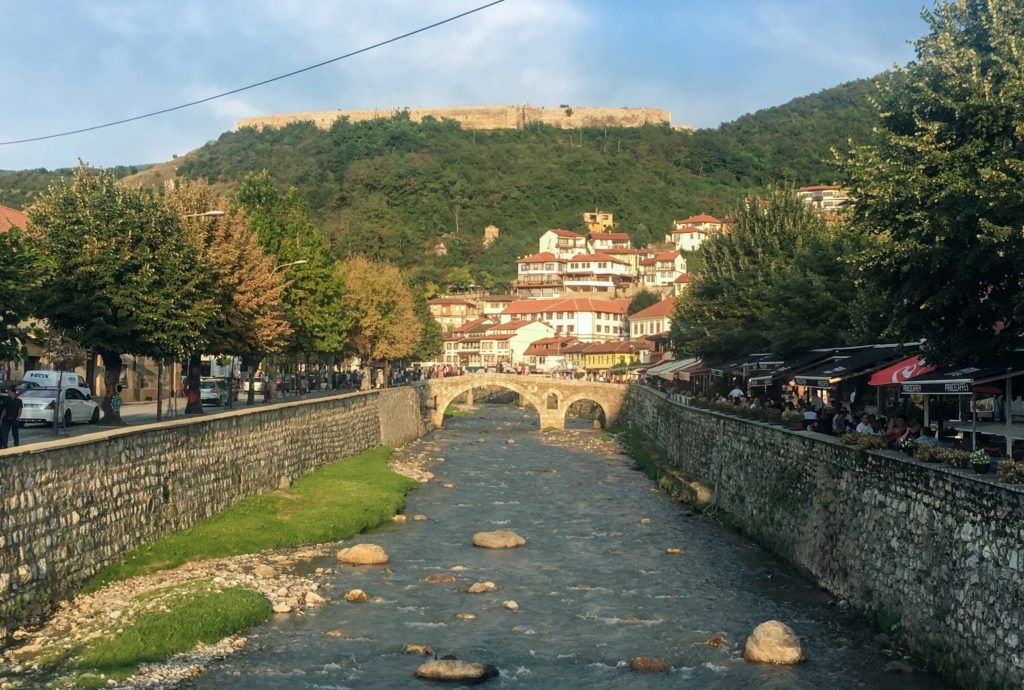 Places to Stay in Prizren

A hostel I highly recommend here is Arra Hostel. The owners are super friendly young Kosovan guys who make amazing breakfast, and can teach you about Kosovo’s history. It’s a bit of a hike to the hostel, but the view from there is truly spectacular, and it puts you halfway up to the Prizren fortress at the top of the hill!

Other highly-rated options include:

Check out other places to stay in Prizren here.

Take a local bus from Prizren up to the mountains of Kosovo where the little town of Peja is located. Busses cost €4 to make the 2-hour journey.

Peja is located at the foot of the same mountain range that stretches through northern Albania and southern Montenegro, known for its beautiful valleys, small villages, and staggering mountain peaks.

It’s a town I regrettably missed visiting because I was planning on trekking the mountains in Albania. It’s a town similar in charm to Prizren but with massive, green rolling hills surrounding it. There’s a main shopping strip and bazaar, as well as a bright red orthodox monastery that has withstood the many years of Serbian buildings being destroyed. 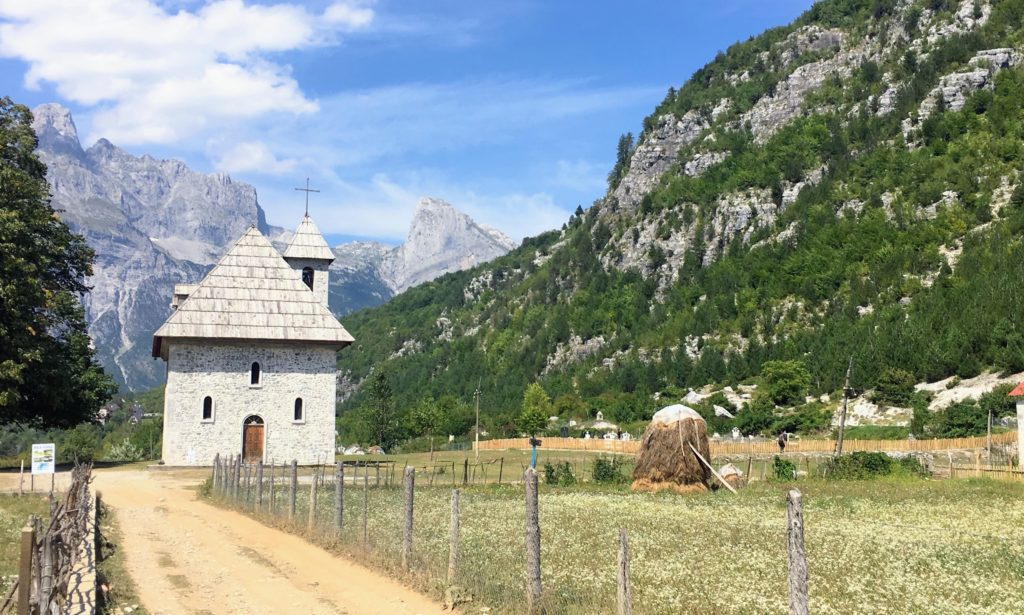 Mountains around Theth, a small village in northern Albania for reference.

This concludes my three-day Kosovo itinerary. Because of each city’s small size and how close the towns are to each other, it’s possible to see a lot of Kosovo in three days.  You can consider basing yourself out of one city to make day trips to the other locations as well.

Be sure to include three days in Kosovo on your next Balkans itinerary to discover this young, beautiful country!

Save this Kosovo itinerary for later - Pin It! 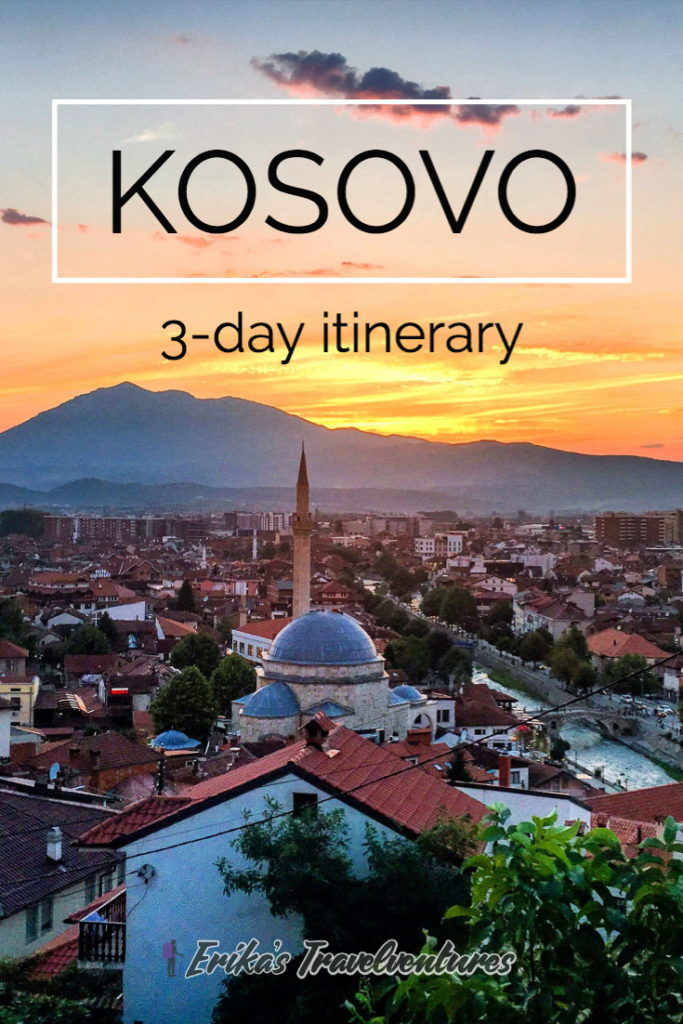 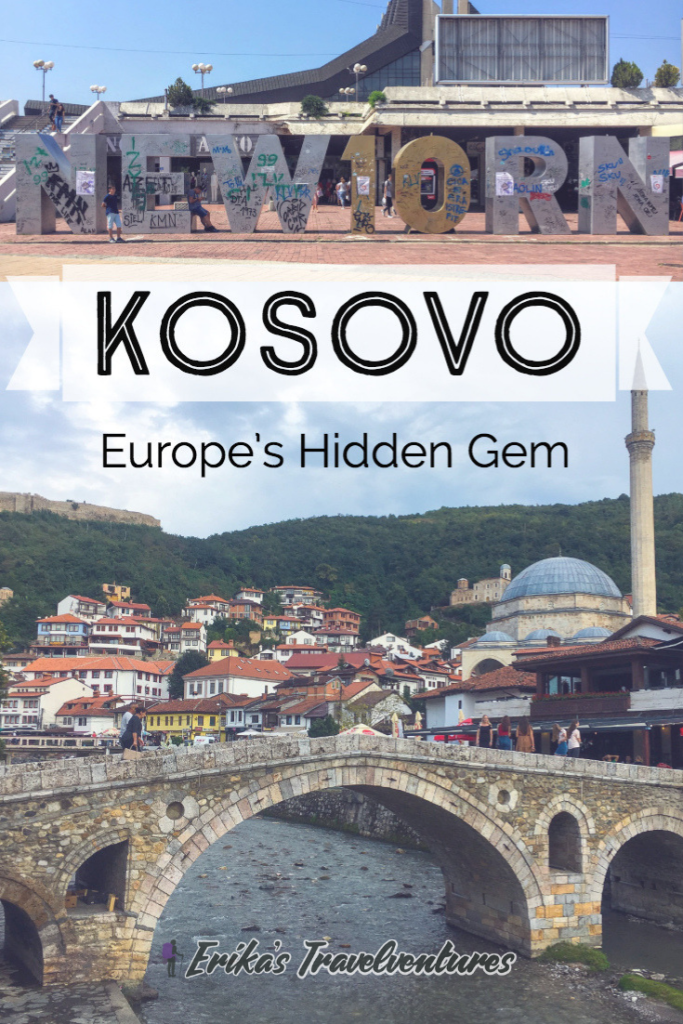 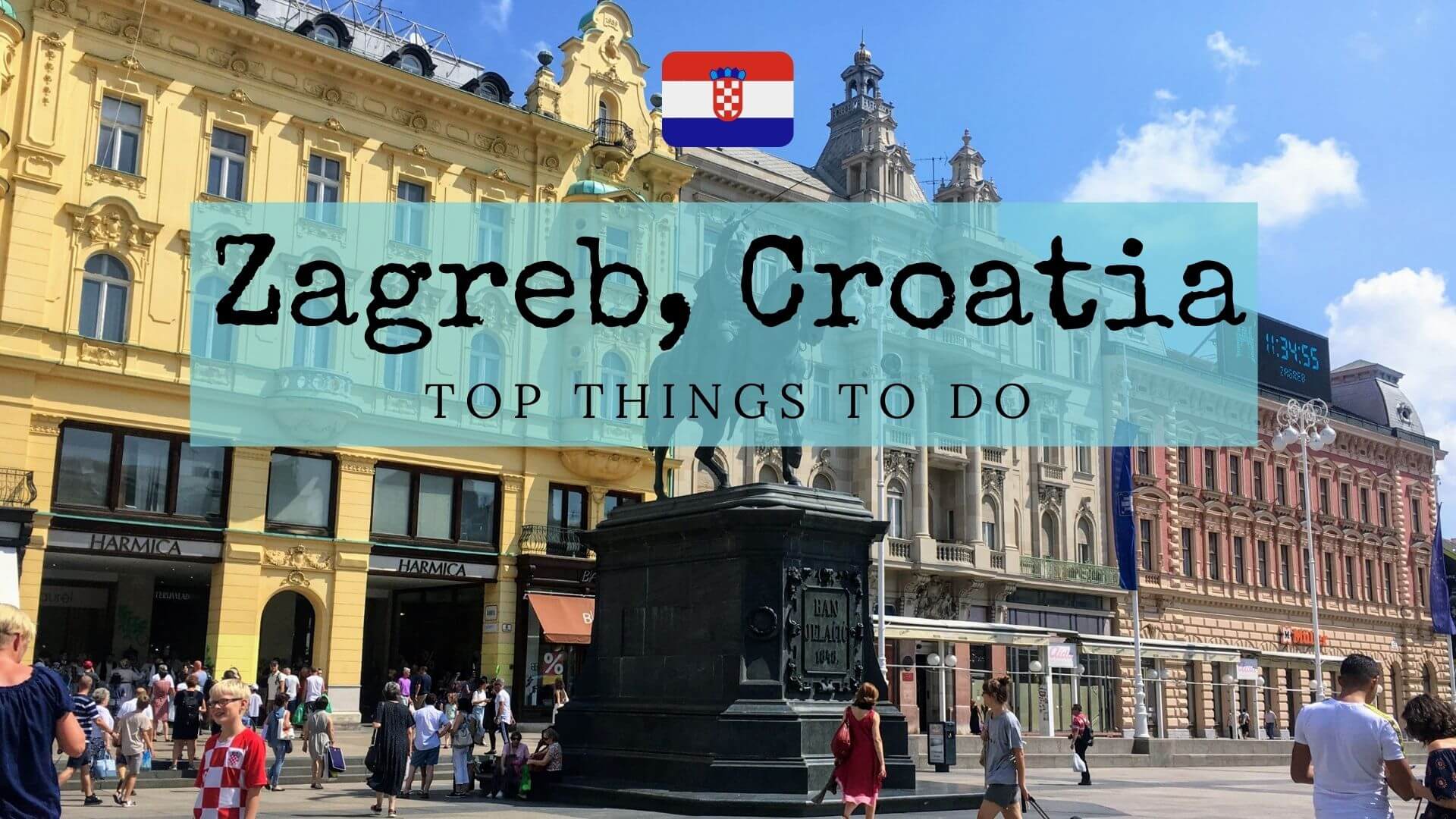 Top Things To Do in Zagreb, Croatia 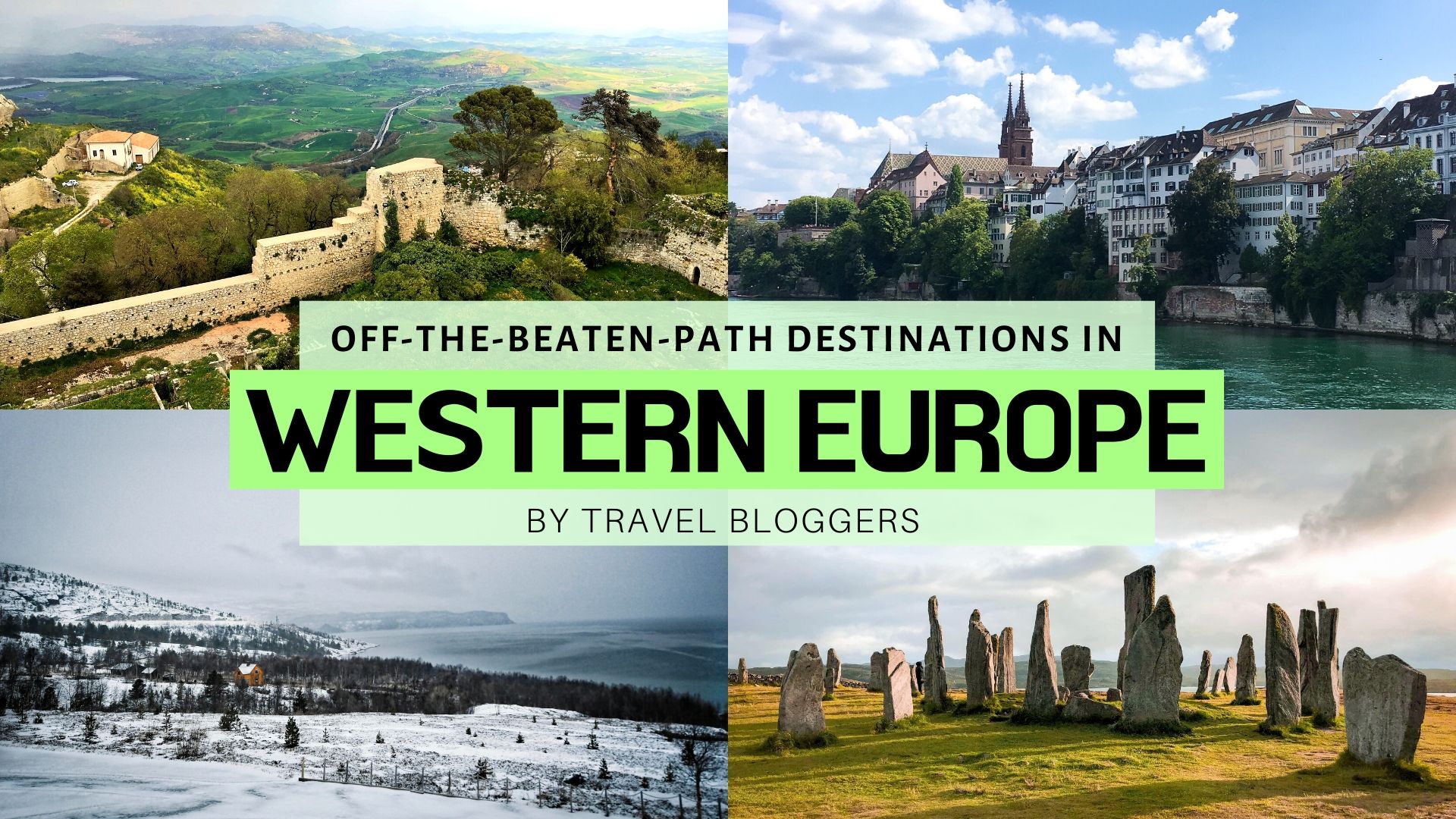 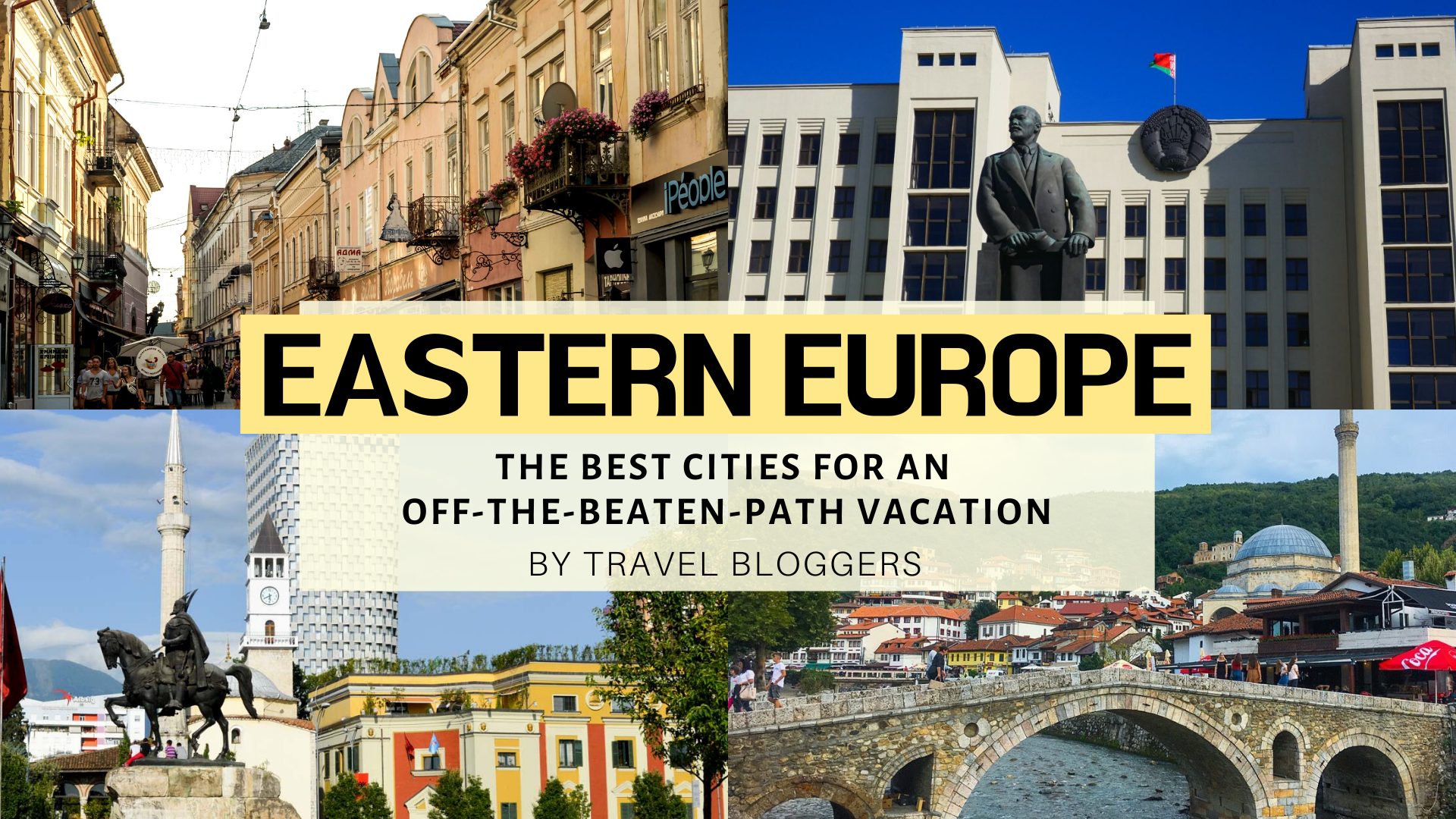